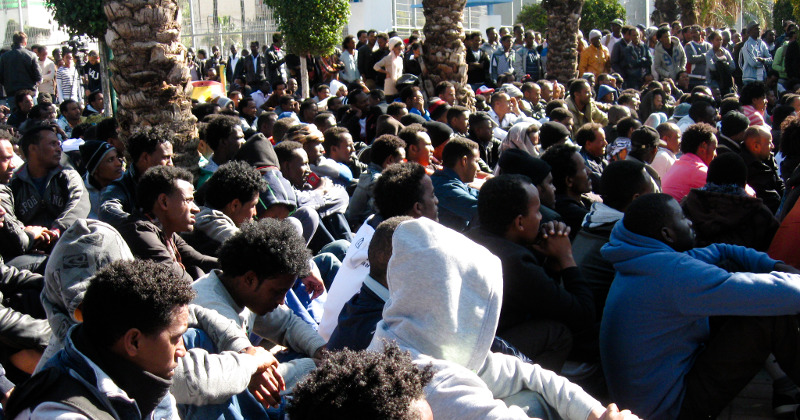 A United Nations official has warned that jihadist factions are working on a scheme to destabilize a region of Africa that could ultimately drive some 500 million migrants into Europe.

David Beasley, Executive Director of the U.N. World Food Programme, revealed that ISIS is operating in conjunction with African terror cells to exploit a food crisis in the Sahel region of Northern Africa.

“You are going to face a similar pattern of what took place years ago, except you are going to have more ISIS and extremist groups infiltrating migration,” Beasley toldThe Guardian in a recent interview. “What we are picking up is that they are partnering with the extremist groups like Boko Haram and al-Qaida to divvy up territory and resources, and to continue to infiltrate and destabilize in the hope of creating migration into Europe where they can infiltrate and cause chaos.”

“I have talked to people – not just in Syria – women who will say: ‘My husband did not want to join ISIS but we had no food, we had no choice.’ They have a strategy,” he continued.

Beasley’s revelations come on the heels of shocking comments made by French President Emmanuel Macron, who recently espoused the idea that 150-200 million Africans will inevitably migrate to Europe over the next 30 years, and called upon European nations to take measures in preparation for their arrival.

An internal investigation of immigrant crime conducted by the Federal Criminal Office of Germany has been made public by Stuttgarter Zeitung, and it found that North African ‘refugees’ are the most likely to commit offenses.

Researchers discovered, for example, that Moroccans are suspected in 7.6% of migrant crimes, despite comprising only 1% of ‘asylum seekers.’ Similarly, Tunisians represent just .2% of ‘refugees’ since 2015, but have been responsible for 2.2% of crimes.

Police statistics also reflect that migrants and non-Germans are now the perpetrators in roughly half of crimes committed in major cities like Berlin and Cologne.