There are already three more live animal transport ships waiting on the Brazilian coast. According to the schedule of the Port of São Sebastião, in São Paulo, the ship ms Ocean Shearer will ship 12,800 animals - it is known that this vessel carries, as well as the ship ms Nada, cattle destined for slaughter. The ms Ocean Shearer, however, is anchored (anchored) in the vicinity of the Port of Santos. 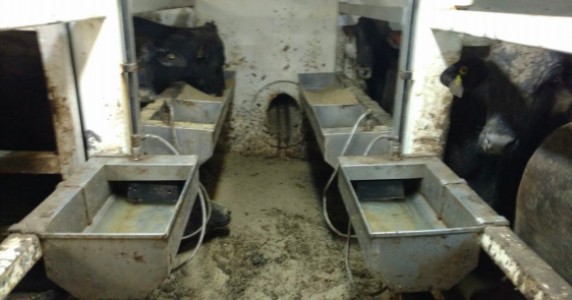 In addition, the ship ms Girolando Express will ship 4,800 animals, according to the schedule of the Port of São Sebastião. And a third ship, which is listed as TBN (To Be Nominated), is expected to export another 6,500 animals.

Adding the three, in the next few days only the Port of São Sebastião must send at least 24 thousand animals to the outside, almost the same amount transported by the ship ms Nada, that left earlier this week of Saints. Not one month ago, a total of 35,000 oxen and cows sailed from the Port of San Sebastian to Turkey.

The journey of these oxen can last for weeks and cause intense suffering to the animals: they spend days, and sometimes even weeks, inside the truck body or on ships, without space to walk or lie down, without security, under intense heat and cold, wrapped in feces and urine, without access to adequate water or feed. Some arrive wounded or even dead to the destination.

See here photos, recorded by veterinarian Magda Regina, from inside the ship Nada

When arriving at the destination, usually countries of the Middle East, the animals go through some months of fattening, since they are still exported puppies. After that, they are slaughtered according to the rules of halal slaughter, a requirement of the Muslim religion. For this, the cut of the carotid artery and the jugular vein in the neck area is made and the animal bleeds while still alive and conscious, suspended by the hind legs. Only then is it cut off.

In this context, it is urgent that NGOs, independent activists and civil society come together to demand a definitive ban on the export of live animals throughout Brazil.

Mercy For Animals Brazil, along with other organizations, participates in a coalition to assemble action strategies for this case. We will announce the next steps soon.