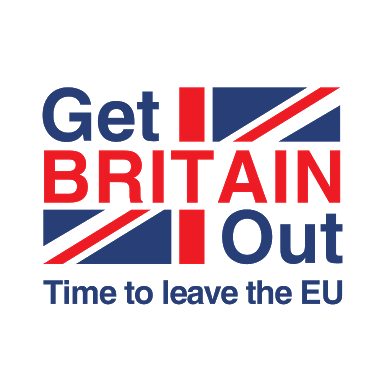 One More Step Towards Brexit, but the Vultures Still Circle Above


In the early hours of Tuesday morning this week the EU (Withdrawal) Bill passed its Second Reading in the House of Commons. It was voted in favour of by 326 votes to 290. A solid majority for the Government, despite much effort from Remoaners and Soft-Brexiteers arguing it was a monstrous power grab. The passing of the Bill, although it is expected to have amendments made to it during the committee stages, is another step towards Brexit. It will ensure there isn’t legal chaos the day after Brexit and will make sure Parliament’s schedule is not impossibly clogged up with debates about trivial changes to EU-related legislation.

In recent weeks Labour finally clarified its positions on Brexit, but not for the better. Sir Keir Starmer, who appears to run the Labour Party at the moment, announced Labour is now committed to the UK remaining in the Single Market and the Customs Union, with the intention of making this arrangement permanent. This position is directly at odds with those outlined by Labour Leader Jeremy Corbyn and Shadow Chancellor of the Exchequer John McDonnell both before, and after, the General Election. This is an incredible betrayal of Labour Brexit Voters, who voted for the Party based on their General Election manifesto promise Labour was committed to taking the UK out of the Single Market and the Customs Union. This week Labour also imposed a three-line whip on its MPs to vote against the EU (Withdrawal) Bill. Labour is clearly now no friend to a real Brexit – however, 7 staunch Labour-supporting MPs ignored the whip to vote against the Government on the Bill.

This is a strong reminder of the fact a real Brexit is far from secure. Not only were Remoaners out in force to try and defeat the EU (Withdrawal) Bill, Tony Blair and Gina Miller have again been doing their utmost to undermine Brexit.

Tony Blair said on the BBC’s Andrew Marr Show last Sunday, he had a ‘renewed sense of mission’. He was referring to his view Britain should have another Referendum on leaving the European Union. Thanks - but no thanks Mr Blair! His audacity really is quite astounding.

Reviled Gina Miller is continuing her crusade against the Government and Brexit. She forced the Government to concede in their response to her letter arguing the £1 billion in funds promised to the DUP will have to be approved by Parliament. The funds will indeed now need to have “appropriate parliamentary authorisation”. Miller is intent on doing everything she can to undermine Brexit and Theresa May’s Government, in the hope it will hamper efforts to push through a real Brexit.

On Wednesday Jean-Claude Juncker gave his latest State of the European Union speech, no doubt thinking of his legacy, and going down in history as the master of change. It reminded all of us why the United Kingdom voted to Leave the EU. He outlined his plans to integrate Europe even further, calling for all countries to adopt the Euro and for an expansion of the Schengen area to include both Romania and Bulgaria. His comments highlight just how out of touch those in the various European Union bureaucracies are.

This has been aptly demonstrated in the most recent round of negotiations with Brussels. The large monetary black hole which will be left after the UK leaves has European Union negotiators seeking to extort money from the UK via its divorce bill demands. These demands have been ludicrously high and the Brexit Secretary, David Davis, has been absolutely right to reject them. There is, of course, no legal basis we owe the EU any money whatsoever! Any money given at all would be out of Britain’s well-known sense of fair play.

The EU must understand the UK is prepared to walk away with no trade deal if they continue their ludicrous demands – which seem to amount to blackmail. Their continued lecturing on our place in the world is wearing thin. We have by far and away enough clout to make our own trade deals and forge our own way in the wide wide world.

All this has meant negotiations are struggling to progress. Barnier’s team insist talks cannot move onto trade before a divorce bill is settled, and sufficient progress is made on EU citizens’ rights (according to what they want, over and above what we have offered) as well as Northern Ireland. It is, however, the so-called divorce bill payments which are the main sticking point. None of this was in the original Treaty, so they have no legal basis to make these demands over what is discussed and negotiated first.

Davis has even proposed stepping the talks up a gear, by having more regular meetings than the once a month ones on offer at the moment – and even though the outcome of Brexit is as important to Europe as it is to Britain they have again ridiculed this and turned him down.

The Prime Minister, Theresa May, is planning to thaw this chill in negotiations, as she will give a major speech in Florence next Friday. The Financial Times reported today May’s speech will outline plans which will “ease” Brussels’ budgetary fears – possibly committing the UK to up to £30 billion in payments. This would be over the course of a two or three year transition period, after the UK officially leaves in March 2019. Let’s wait and see, but we are not sure we or our supporters will be happy with this huge amount of money!

The next round of negotiations is now set to commence on Monday, 25th September – having been delayed by a week supposedly in order to “give negotiators the flexibility to make progress.” In truth, it appears as if talks were postponed by a week to allow Theresa May to make her speech in Florence.

This next round of negotiations is again likely to remain focused on clarifying positions on EU citizens’ rights, the Irish border and the divorce bill. It remains to be seen how far May’s speech will go to thaw relations, in order to allow the talks to progress onto further issues - such as trade.

In the distinctly positive news, the UK economy has remained solid, despite the consistent howls from ‘Project Fear’ proponents the economy is about to fall off a Brexit-related cliff. UK unemployment fell to 4.3% in the 3 months to July - the lowest rate since 1975. The Bank of England has also signified its intention to raise interest rates in the coming months, as it sees ‘slightly stronger’ prospects for the economy than it forecasted in August.

Entrepreneurs and businessmen who understand the economic case for Brexit have been making themselves known.

In recent days Sir James Dyson has called for the UK to make a clean break from the EU and abandon attempts to thrash out a transition period. He commented: “Just have a clean break, it’s not a big deal.” The manufacturing titan’s comments came just days after The Telegraph reported, due to the competitive value of the Pound, British manufacturers had received record export orders.

Tim Martin, the founder of J D Wetherspoon pubs and hotels’ chain, bolstered Dyson’s words by saying if the EU keeps posturing, importers like Wetherspoon’s will start looking for non-EU suppliers. He followed up his comments by saying Brexit won’t adversely affect the UK but could be “highly damaging to the economy of the EU.”

Tech leviathan Bill Gates also came out this week to say Britain’s cutting-edge research could continue after Brexit if the right steps were taken. His philanthropic organisation has £750 million invested in UK Research Institutions.

In light of Britain’s economy steaming ahead, the publication this week of a collaborative paper between Leave Means Leave, Labour Leave and Economists for Free Trade was highly topical. The excellent report argues if we capitalise on the opportunities given to us by Brexit we could reap gains approaching some 7% of GDP over 10 years, about £135 billion per annum. Find the report here.

This last week also saw the Government release a Future Partnership Paper on defence co-operation with Europe after Brexit. It appears the Government wants to commit us to the EU’s integrated defence aims. This is one of the reasons we left the EU in the first place! Veterans for Britain published an article warning of the dangers of the Government’s proposals. Read it here. Dr Lee Rotherham, of The Red Cell, also argued in the same vein in his piece for CapX yesterday saying close EU association has harmed UK military capability and we should prioritise our defensive relationship with the United States.

And finally on a more light-hearted note, as former Beatle, Ringo Starr said yesterday in a BBC interview: “Don’t tell Bob Geldof (but) to be in control of your own country is a good thing.”

And now for what we have been doing recently:

In a bid to mug Britain one more time, the EU is saying we should actually pay for relocating their own agencies after Brexit – ridiculous! We take apart this inanity in Reaction. (The EU should pay for its own agencies)

Some of the more delusional Remoaners have been claiming France will take our place as a financial capital – we take to The Conservative Online to debunk this absurd notion: France is too bureaucratic, ineffective and corrupt to take our place. (Macron Is No Threat to The City)

Our own Alexander Fiuza appeared on RT Today to make the case against an extortionate Brexit divorce bill. It is illegal and unnecessary, and while we may owe some money, the EU owes money to us too! His articulate argument was picked up by the Daily Express, which ran an article on this and the EU’s illegal demands. ('We’re NOT paying bureaucrats pensions!' Brexiteer blasts EU's 'illegal' divorce bill)

Our Jack Tagholm-Child also appeared on Channel 4 News last Saturday to expose the ridiculous and undemocratic nature of the pro-EU People’s March for Europe. (Anti-Brexit demonstrators march on Parliament)

We argue in The Commentator the issue of refugees is bringing into the open the deep divisions inside the EU which make a nonsense of ‘ever closer union’. Former communist countries who endured occupation do not take kindly to being dictated to by Brussels, and Brexit may yet be an example they will wish to follow. (The EU is a house deeply divided )

The EU (Withdrawal) Bill was a necessity to avoid Parliamentary deadlock and legal chaos the day after Brexit. The Labour Party’s position against the bill showcased how far Labour, and Remoaners in general, are willing to go to derail a real Brexit. Our piece in Reaction. (The EU (Withdrawal) Bill: a dangerous much ado about nothing)