Elon Musk SLAMMED by top researchers for scaremongering over dangers of AI. Earlier this week, the South African-born billionaire said that authorities need to regulate AI now, before it is too late.

Speaking at the 2017 National Governors Association Summer Meeting, Mr Musk, who is involved in space exploration firm SpaceX and revolutionary car company Tesla, said that AI is the "biggest risk we face as a civilisation”.

He said: "Until people see robots going down the street killing people, they don't know how to react because it seems so ethereal.

"AI is a rare case where I think we need to be proactive in regulation instead of reactive.
‘The END of humans’ Experts predict AI will kill all mankind

AI may not be as dangerous as Elon Musk suggests. “Because I think by the time we are reactive in AI regulation, it's too late.”

However, top AI researchers have slammed Mr Musk’s comments, accusing him of trying to scare the public.

Arizona State University computer scientist Subbarao Kambhampati told Inverse: “While there needs to be an open discussion about the societal impacts of AI technology, much of Mr Musk’s oft-repeated concerns seem to focus on the rather far-fetched super-intelligence take-over scenarios. 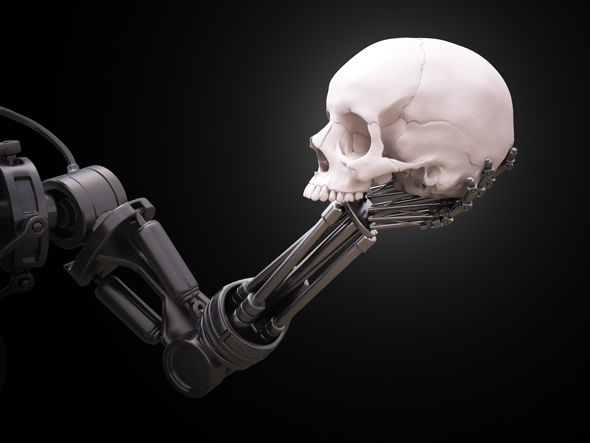 Mr Musk said: AI is the "biggest risk we face as a civilisation”. “Mr. Musk’s megaphone seems to be rather unnecessarily distorting the public debate, and that is quite unfortunate.”

University of Washington in Seattle researcher Pedro Domingos was less articulate in his response to Mr Musk, simply tweeting: “One word: Sigh”.

Francois Chollet, a deep learning researcher for Google, also tweeted his dismay at the 46-year old’s comments, writing on Twitter: “Arguably the greatest threat is mass population control via message targeting and propaganda bot armies. ML [machine learning] not a requirement though”. He followed this up with another tweet: “AI/ML makes a few existing threats worse. Unclear that it creates any new ones.”

However, Mr Musk is not the only high-profile expert to warn about the dangers of AI.

Professor Stephen Hawking has also been an outspoken critic and has previously said: "The development of full artificial intelligence could spell the end of the human race."