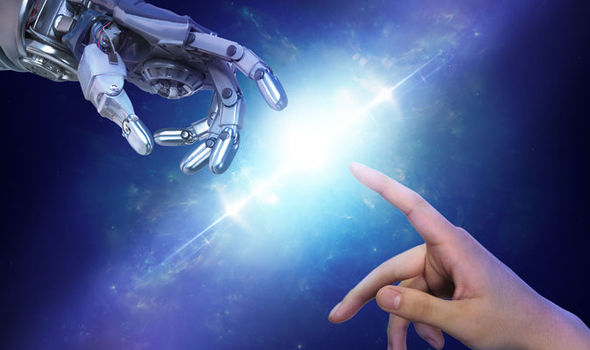 The OpenAI programme, which has received around a $1billion in funding from the likes of Mr Musk, PayPal co-founder Peter Thiel and LinkedIn co-founder Reid Hoffman to name a few, will allow humans to use VR headsets attached to AI computers which will then be able mimic the actions of the human brains.
The billionaire businessman’s team outlined in an OpenAI blog how a robotic arm was able to stack small wooden blocks after observing a human do it.
The team explained in the blog: “The system is powered by two neural networks: a vision network and an imitation network.
“The vision network ingests an image from the robot’s camera and outputs state representing the positions of the objects.”
Related articles

The second neural network then takes over, where it imitates the human.
Josh Tobin, a member of the technical staff at OpenAI, said: "Imitation allows humans to learn new behaviours rapidly.  “We would like our robots to be able to learn this way too.

The programme has had backing from Elon Musk among others."With a single demonstration of the task, we can replicate it in a number of different initial conditions. “Teaching the robot how to build a different block arrangement requires only a single additional demonstration.“

Robotic assistants are on the rise, here's how AI is getting more human. Little robots can move around and assist you at home, express emotions, and learn and adapt to your preferences with proactive artificial intelligence.

Despite the initial task being relatively simple, Mr Tobin says that the move is a major breakthrough and could pave the way for AI with human-like capabilities.

He added: “Nothing in our technique is specific to blocks. This system is an early prototype that will form the backbone of the general purpose robotic systems we are developing here at OpenAI.”