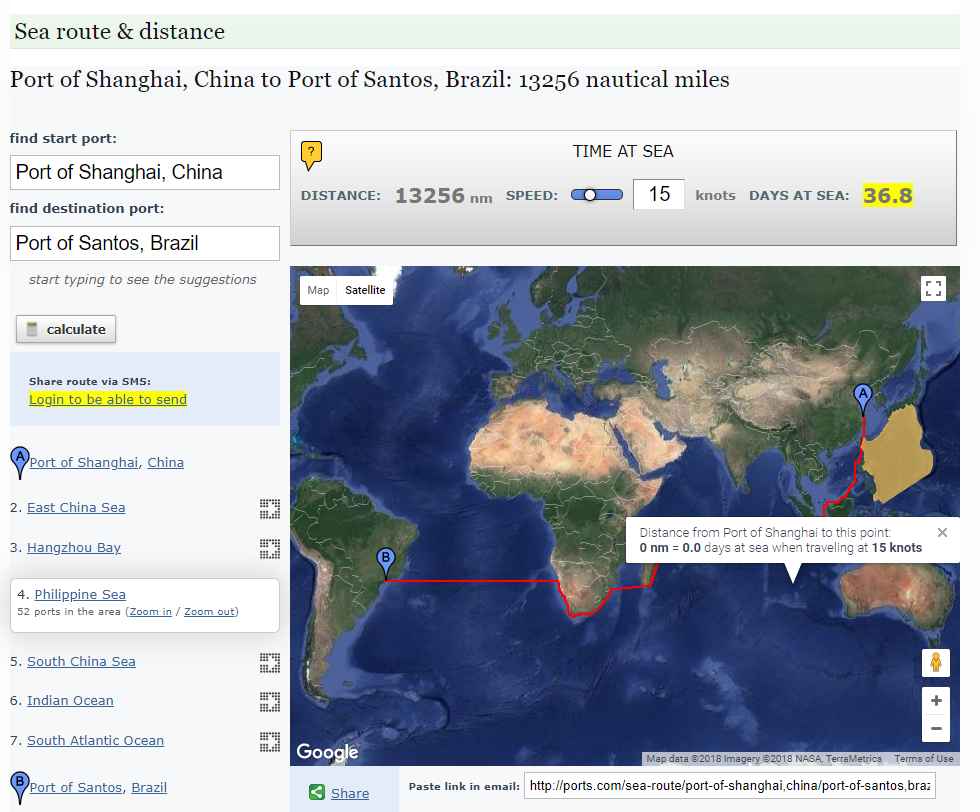 That would mean a travelling time by sea of at least six weeks, or 1.5 month, which is impossible!

Brazil can expand its export agenda with the addition of an "item" in the least curious: the sale of donkeys to China. The information concerns the NGO Defense of Nature, because it fears that, aside from the use of meat, the animal be used live in tests of the cosmetics industry.

The agronomist, veterinarian and president of the NGO Defense of Nature, Kátia Lopes, from Mossoró, Rio Grande do Norte, had access to a copy of the contract protocol signed in 2004 between Brazil and a Chinese company, which provides for the shipment of 300,000 per annum. This, however, has not yet materialized.

"The problem with this document is that, in addition to the export of meat and its products, there is exactly the phrase 'live animals for selection in the use of cosmetics'," said the veterinarian in an interview with the Humanitas Institute, Rio dos Sinos (Unisinos).

The information is published by the Latin American and Caribbean Agency of Communication - ALC, 04-01-2013.

Without interfering in this process, "surely we will have one of the biggest symbols of the Northeast threatened with extinction," said Katia. She admitted, however, that the donkey was replaced as a transport animal by the motorcycle.

The vet regrets the painting. "We have a lot of esteem here in the Northeast by the donkey, we owe a lot to this animal." In the formation of our civilization, many people argue that it was on the back of a donkey that the northeastern nation was born.

The president of the NGO Defense of Natureinquired how the animals will be captured, in the event, that this business materializes, under what conditions the elders will make the trip to China, how will the handling inside the containers, for how long.

It would be inconceivable for the Donkey to arrive in China and serve as a guinea pig for experiments in the cosmetics industry, such as plucking the eyelid to drip eyedrops or causing body wounds to have direct contact of a substance with the skin, he said.

Katia also emphasized religious symbolism. He remembered that on the flight to Egypt, Mary was taken with the boy on a donkey and that Jesus, on Palm Sunday, entered triumphantly in Jerusalem on a donkey.

"The Northeastern nation was shaped on the back of an ass." Says Kátia Lopes.

This is the most outrageous suggestion I´ve ever heard. Do you realize what a SIX WEEK sea journey would do to the animals, after an average road transport of 300km from the Fazendas to the sea-ports. They will soon suggest the export of mothers-in-law to Timbuktu!!