The megaproducer Eraí Maggi Scheffer lives an unusual life. Owner of 36 farms scattered throughout the State of Mato Grosso, its area planted with soybeans reached the incredible mark of 230 thousand hectares in the 2009/2010 harvest. Its production reached 720 thousand tons, which yielded a turnover of R $ 300 million only with this culture. 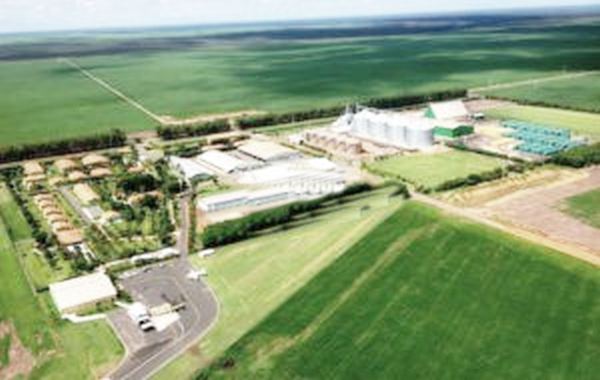 This is the highest volume ever harvested since his family arrived in those bands more than 30 years ago and which consolidates him as the largest producer of the country's grain, ahead of, for example, his most famous cousin, Minister of Agriculture, Blairo Maggi and large players such as SLC Agrícola, which plants about 225 thousand hectares. But all these numbers do not seem to excite the entrepreneur.

In fact, unaware of the good harvest, Eraí says little about his overproduction. When he is questioned about it, he will soon turn his face and jokingly say that he is "tired" of the plant that made him king. This aversion, then in a moment of so much strength, has an explanation.

The eyes of the "king of soybeans" are now focused on an audacious plan to diversify their rural businesses that includes the production of fish, seeds, cotton, biodiesel, and hydroelectric power plants. In order to succeed in this endeavour, the "new" cattle rancher, who already has a herd of respectable 50 thousand heads, bet on an innovative model to create the ox in an integrated way with soy. 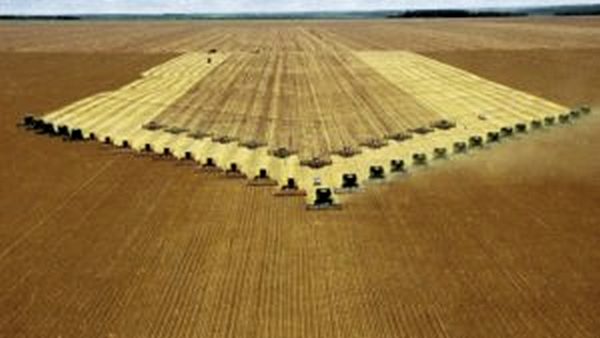 That is, it is with the culture that made him rich and famous that he intends to implement one of the largest crop-livestock integration projects in the country and fatten his new business. "We want to diversify and look for activities that make it possible to get the most out of the land," reveals Maggi, who plays the Bom Futuro group alongside the brothers Elusmar and Fernando, and his brother-in-law José Maria Bortoli, his business partners.

The plan to explore new areas is not exactly new to the company. The first bull-talking talks took place ten years ago, but it was only in the last three that the project began to take off. Much of this delay is due to the resistance of the entrepreneur himself. Anyone who observes Maggi walking at ease in the midst of the herd can not imagine how disbelieving he was at the idea of investing in cattle. "This was never my area and I saw the sector with concern. But my brother Fernando started playing the business and the results were encouraging, "he recalls. 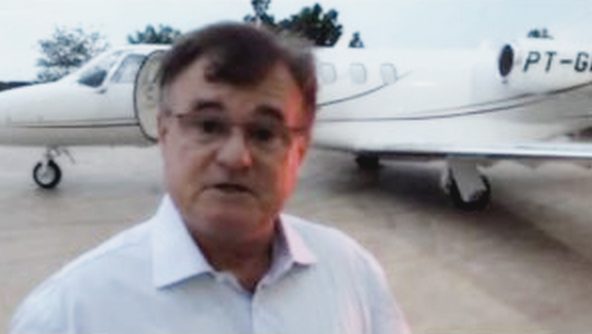 The results to which the producer refers are related to the high productivity of the herd. While in Brazil the average production is four arrobas per hectare/year, according to data from Scot Consultoria, Bom Futuro already registers an average of 80 arrobas per hectare/year. Doing all the part of rebuilding and fattening, the slaughter already arrives at 40 thousand per year and the annual turnover of the unit of cattle farming is of R $ 50 million.

R $ 1 billion is the turnover of the good future group, which started the multiple rural businesses with R $ 40 million

The Empire of the Maggi family

President Temer, a good friend of The Minister of Agriculture Blairo Maggi

President Temer, a good friend of Blairo Maggi, is also said to own a farm. The property is in the name of Colonel João Batista Lima Filho - known as Colonel Lima - but aparently, the President is the true owner. 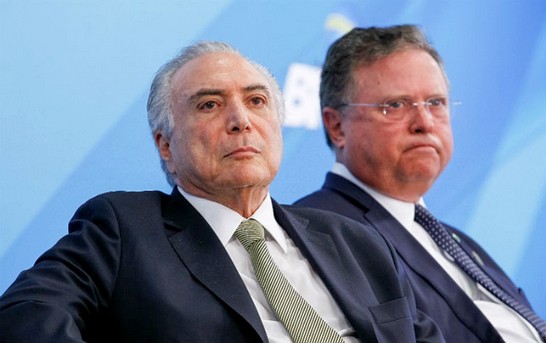 In Lava Jato, an Engevix spokesman said, in an award-winning interview, that "through Lima he spent R $ 1 million as a campaign support to supply Michel Temer's interests."

A document found by the landless people is an envelope with the stamp of the local town hall. In the envelope is a handwriting to "Dr Michel Temer". There is also the observation "Enio (mayor)", which refers to Enio Simão, mayor of Duartina.

The content of the envelope is a request for reexamination of accounts of the city hall in the TCE (State Court of Accounts).

In the Folha de São Paulo newspaper, Mayor Simão said he did not remember the envelope, but admitted that he had already attended an event with Temer on the farm during the 2010 election campaign.

"The only time I met him on the farm was when he was greeted with coffee. I was there, "the mayor told Folha.

"I do not remember about the correspondence. When I want to talk to him, it's direct with São Paulo, "the mayor explained to the newspaper.

In a note to Folha, the President's adviser stated that Temer does not have rural properties. "He does not own a farm in Duartina."

Colonel João Batista Lima Filho said that "the rural properties in question were acquired on a regular basis, starting in 1986".

The government wants to release the sale of land to foreigners and end the rights of the rural worker. Who gains from this?

Cetesb fine company to board live cargo without license in Santos

Cetesb (Environmental Company of the State of São Paulo) fined the Ecoporto terminal in the Port of Santos for R $ 450 thousand for the shipment of live cattle for export on a ship without an environmental license.

According to the company, the ship caused discomfort throughout the city due to the strong smell of manure that has spread through several neighbourhoods. The company was assessed based on a state law that deals with infractions and administrative sanctions related to the environment.

In January, more than 25,000 oxen were shipped on the ship Nada, berthed at the port, to be taken to Turkey for slaughter.

During the embarkation, an animal protection entity filed a lawsuit requesting the arrival of the cattle for alleged mistreatment. The animals had travelled about 400 km by truck to the port, where the ship was anchored.

The Federal Court had ruled the cattle landed, but a request from the AGU (Union General Attorney) overturned the ban. According to the AGU, the return of the cattle to the national territory would require a 30-day operation, 60 people and 820 trucks.

The agency also argued that there was a risk of bringing plagues and diseases to the country since the vessel contained food of foreign origin, to which the cattle were exposed.

The Justice asked for a report from a veterinarian, who verified a large amount of urine and excrement, which would make breathing difficult on the ship, animals allocated (...) in small spaces smaller than 1 m per individual, preventing any type of rest or walking for the animal.

A report from the Ministry of Agriculture, Livestock and Supply (Map) challenged this analysis and said that the corrals were clean, well-sized, with adequate flooring for animal movement.

The court upheld the AGU's request, overturned the ban on exporting live animals and the ship went on a trip to Turkey.

WHAT THE RICH AND A CORRUPT GOVERNMENT GETS AWAY WITH. VERGONHA BRASIL !!!

Not surprising the cattle exporters get a ´carte blanche´ from President Temer and his government, they are all part of the same cattle-clan.