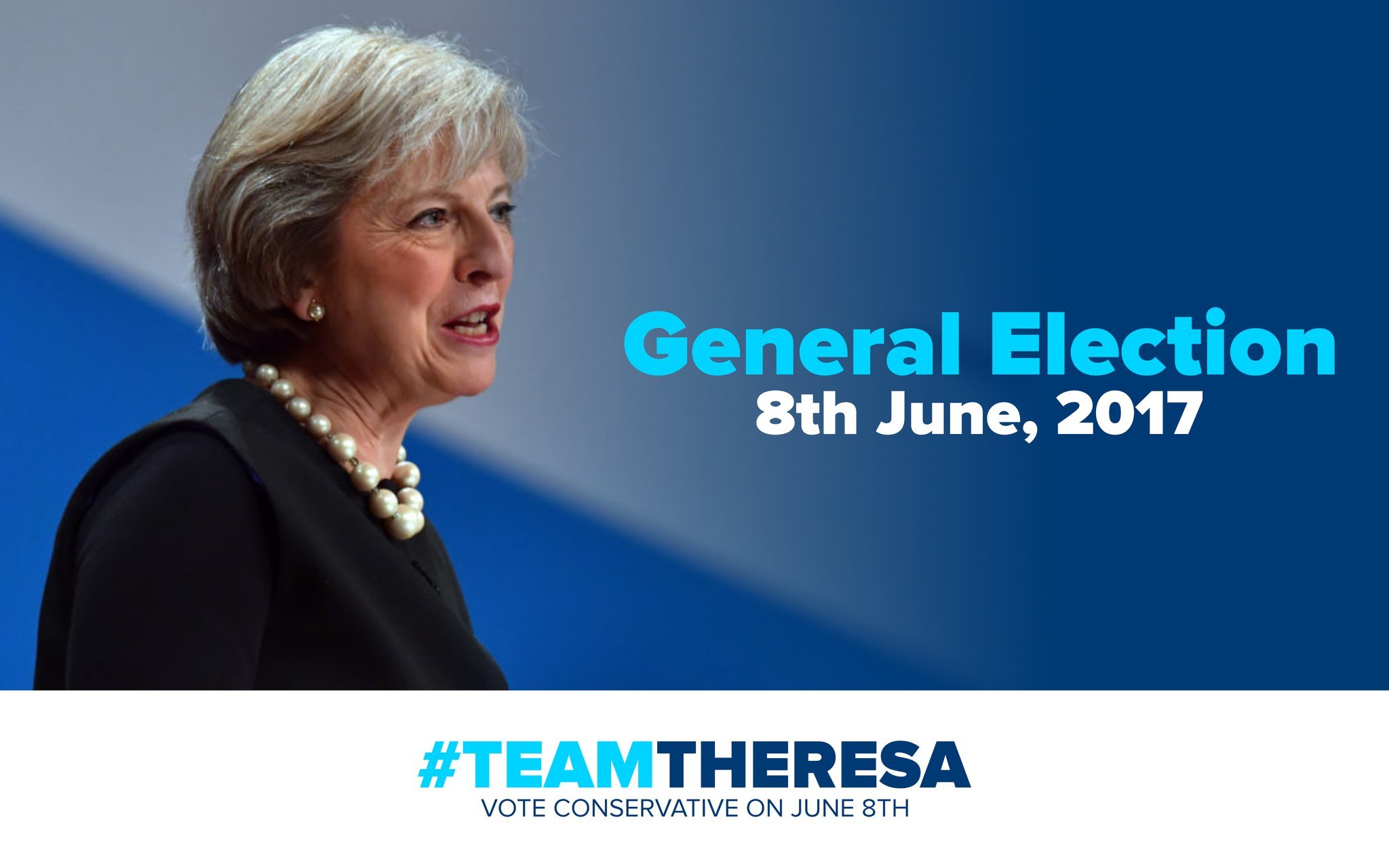 Less Than a Week to Secure Brexit

We would like to start this e-Bulletin by taking the opportunity to say our thoughts and prayers are with those killed and injured in the terror attack in Manchester last month. Likewise, we would like to pay tribute to the courage of our emergency services, and the spirit of the many ordinary citizens who helped out during the atrocity. They showed the best of our society in the wake of this cowardly, horrific attack on our youth.

Great Britain will not be cowed in the face of terror, and after a brief pause, the General Election campaign started up once again. There is now less than a week before we vote in an election which could determine the fate of Brexit. The polls have tightened considerably in the last few weeks, and it is clear every vote counts. While the media has been keen to divert attention to various different topics, we should not forget Brexit is still the main issue in this campaign. The manifestos, released over the last few weeks, have shown Labour, the SNP and the Liberal Democrats cannot be trusted to honour the Referendum mandate.

Meanwhile in Brussels, it’s business as usual. Immune from the spending cuts which have been imposed on countries like Greece and Italy, Brussels bureaucrats have proposed a massive 8.1% increase in the EU’s budget for 2018. They are insisting the UK contributes an extra £1 billion towards this spending hike, raising our own gross contribution to over £15 billion (after our rebate has been deducted)! This should come as a timely reminder of our spiralling EU contributions - which will end when we leave the EU – meaning the remaining Member States will have a huge black hole to fill in their finances. No wonder they are trying to get us to pay a huge Brexit bill when we Leave!

Bailouts also continue on the Continent. This week the European Commission agreed to let Italy bail out the struggling Monte dei Paschi di Siena bank. €9 billion (£7.85 billion) will be pumped into the bank, €6.6 billion (£5.75 billion) of which will come from Italian taxpayers. On a similar note, the EU and the IMF are still struggling to agree on yet another bailout deal with Greece to allow the debt-stricken country to pay its dues. We should be under no illusions – the EU is still wreaking havoc with the economies of many of its members. 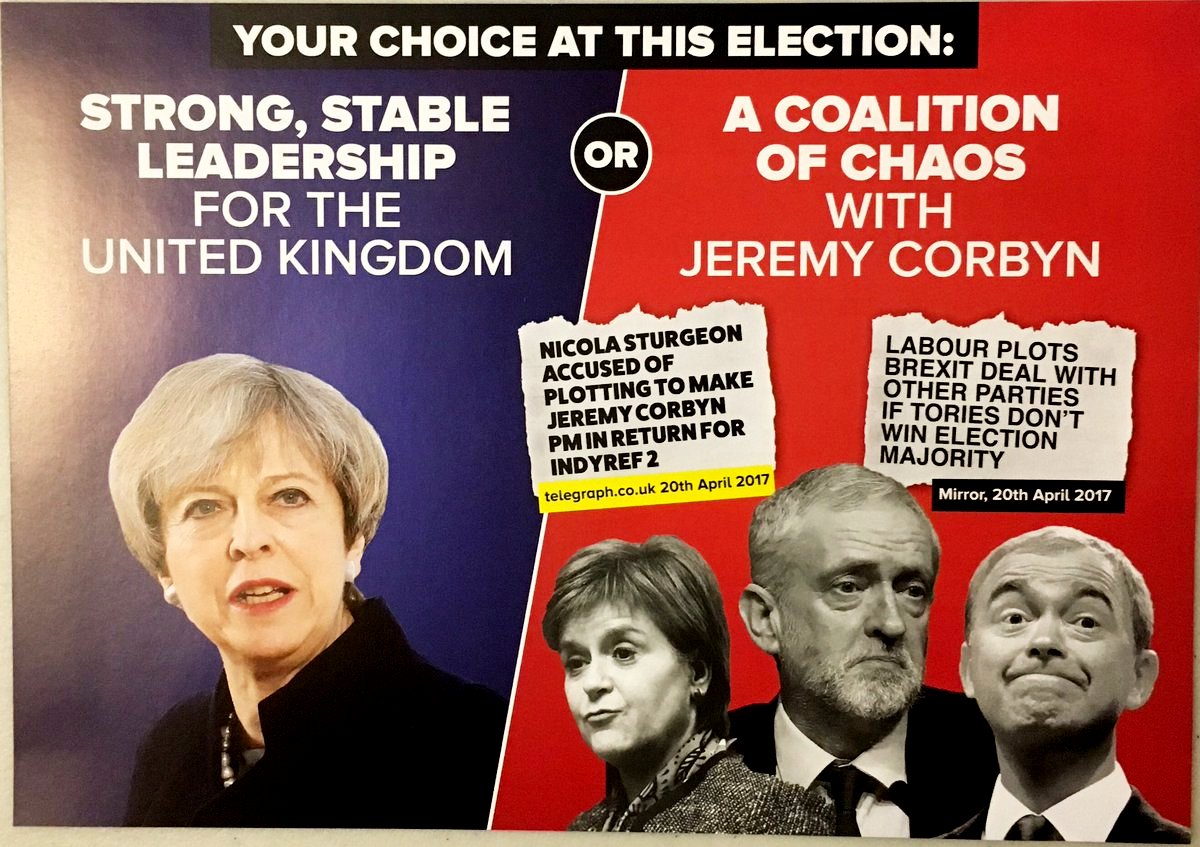 The BBC’s Brexit bias continues, as our Director discusses on our website. The Beeb are under fire again for the supposedly ‘balanced’ audience in their election debate this week, which loudly cheered Jeremy Corbyn and his fellow left-wingers throughout. This is, however, part of a long-running trend of BBC bias. As analysis by News-Watch has demonstrated, the BBC’s approach to Brexit since the Referendum has been consistently negative – perhaps reflecting the prejudices of most of the people who work there. News-Watch was established by Nigel Farage’s predecessor as UKIP leader, Lord Pearson, and provides a unique and absolutely critical service in generating comprehensive evidence of the BBC's relentless bias. The BBC must start taking its commitment to impartiality seriously, and provide a genuine balance between ‘Leave’ and ‘Remain’ support as we head towards leaving the EU. (The BBC and its Brexit bias)

The General Election took an amusing turn this week when it emerged the Liberal Democrat candidate for St Austell and Newquay, Steve Gilbert, had branded ‘Leave’ voters “f**kwits”. Unfortunately for Mr Gilbert, that’s 64% of his electorate he’d insulted. In the Daily Express, our Director, Jayne Adye commented: “How on earth can any prospective parliamentary candidate be so out of touch with the voters in the constituency he hopes to succeed in? But this is typical of the Liberal Democrats – particularly in this election – trying anything to gain a few votes without thinking of the repercussions.”

Last month, we revealed how the EU plans to spend €33.3 million (£28.6 million) over the next 2 years on a communications campaign to “explain the purpose of the [European] Union and the [European] Parliament to the citizens’ ahead of European Parliament elections in 2019”. They also plan to spend €8.33 million (£7.1 million) on furniture next year! On CapX, we argued this demonstrates why we need to end our multi-billion-pound EU contributions. Why are we spending money on propaganda for elections we won’t even take part in – and furniture we’ll never get to sit on? (Britain is still paying for EU propaganda)

Almost a year on, the disgraced Peter Mandelson is still fighting against the EU Referendum result. He is encouraging pro-EU politicians to do all they can to disrupt Brexit, claiming the people were “bulldozed” into Brexit, and telling the EU to “forget Great Britain and take care of your own interests.” As we argue on Comment Central, the former European Commissioner is just clinging to past glories. Like his fellow Remoaner, the hated Tony Blair, Mandelson’s time has passed. As the polls show, the vast majority of Britons are now agreed – Brexit must happen. (Mandy’s moaning)

Research by Get Britain Out has unveiled how 77% of cases which were opened against doctors for inadequate, English involved doctors who were EU nationals. How can doctors practise effectively without being able to communicate with their patients, and the rest of their medical team? We wrote for The Commentator about how these shocking figures mean we must end EU free movement. Doctors from non-EU countries have to jump through more hurdles in order to practise here – and these tests should apply to EU nationals too. When we leave the EU, we can institute a fair immigration system, with one rule for all. (Brexit, the NHS, and the English language)

Remoaners have continued the Project Fear claims that Brexit damages the future of young people. On The Commentator, we take a sober look at the claims they make, and take them apart one by one. Propaganda is circulating about the University system facing a funding crisis, the end of interrailing and the Erasmus programme for British youth, as well as diminished prospects of working abroad – they are all rebutted. We maintain Brexit will open a world of opportunity to young people in a Global Great Britain after Brexit. (Project Fear Alert: Brexit won’t harm the young)

The Scottish National Party have now come out and said they will prop up a Labour minority Government in the event of a hung Parliament – and Labour have U-turned, confirming they will accept the SNP’s support. On Reaction, we take a look at what the SNP manifesto says about Brexit, and find their pledges to keep the UK in the Single Market, to sell out Brits living abroad, and to submit to European Courts, make it clear they haven’t accepted the Brexit vote. Demanding a seat at the negotiating table, they make it clear they would undermine Britain’s hand, only to hold a new Independence Referendum after the negotiations anyway. Worse, the ‘independence’ they seek would not be about creating a free country, but in bending their knees to Brussels. (The SNP Aim to Derail Brexit)

Get Britain Out is clear – we need a pro-Brexit majority in Parliament after the election, which will ensure we get the Brexit we voted for on June 23rd last year. On Thursday, we trust you will be voting for the right pro-Brexit candidate with the best chance of winning in your area – whether they be Conservative, UKIP, or a trusted Labour Brexiteer like Kate Hoey. However, only Theresa May and a strong Conservative Government at this General Election can help us secure a good Brexit deal from the EU. This would reflect what the Great British Public voted for in last year’s EU Referendum.

That’s it for now until after the election – remember – ONWARDS AND OUTWARDS and a huge thank-you for your support.

Best wishes from Jayne Adye, Campaign Director, and the Team at Get Britain Out