The first thing that we see is the megalomaniacal nature of Soros’s philanthropic project. No corner of the globe is unaffected by his efforts. No policy area is left untouched. 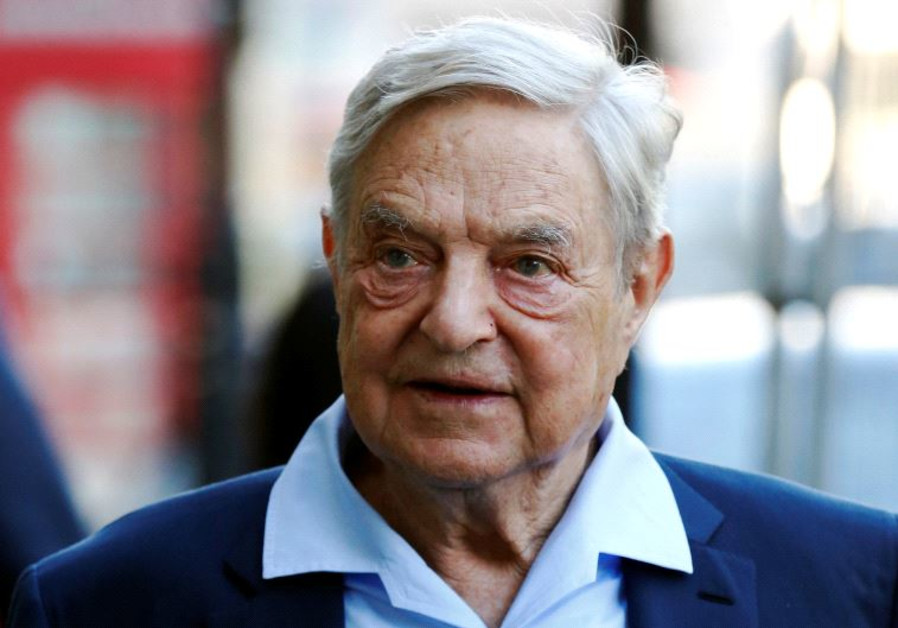 Major media outlets in the US have ignored the leak of thousands of emails from billionaire George Soros’s Open Society Foundation by the activist hacker group DCLeaks. The OSF is the vehicle through which Soros has funneled billions of dollars over the past two decades to non-profit organizations in the US and throughout the world.

According to the documents, Soros has given more than $30 million to groups working for Hillary Clinton’s election in November, making him her largest single donor. So it is likely the case that the media’s support for Clinton has played some role in the mainstream media’s bid to bury the story.

It is also likely however, that at least some news editors failed to understand why the leaked documents were worth covering. Most of the information was already public knowledge. Soros’s massive funding of far-left groups in the US and throughout the world has been documented for more than a decade.

But failing to see the significance of the wider story because many of the details were already known is a case of missing the forest for the trees. The DCLeaks document dump is a major story because it exposes the forest of Soros’s funding networks.

The first thing that we see is the megalomaniacal nature of Soros’s philanthropic project. No corner of the globe is unaffected by his efforts. No policy area is left untouched.

On the surface, the vast number of groups and people he supports seem unrelated. After all, what does climate change have to do with illegal African immigration to Israel? What does Occupy Wall Street have to do with Greek immigration policies? But the fact is that Soros-backed projects share basic common attributes.

They all work to weaken the ability of national and local authorities in Western democracies to uphold the laws and values of their nations and communities.

They all work to hinder free markets, whether those markets are financial, ideological, political or scientific. They do so in the name of democracy, human rights, economic, racial and sexual justice and other lofty terms.

In other words, their goal is to subvert Western democracies and make it impossible for governments to maintain order or for societies to retain their unique identities and values.

Black Lives Matter, which has received $650,000 from Soros-controlled groups over the past year, is a classic example of these efforts. Until recently, the police were universally admired in the US as the domestic equivalent of the military. BLM emerged as a social force bent on politicizing support for police.

Its central contention is that in the US, police are not a force for good, enabling society to function by maintaining law and order. Rather, police are a tool of white repression of blacks.

Law enforcement in predominantly African American communities is under assault as inherently racist.

BLM agitation, which has been accused of inspiring the murders of police in several US cities, has brought about two responses from rank and file police. First, they have been demoralized, as they find themselves criminalized for trying to keep their cities safe from criminals.

Second, their willingness to use force in situations that demand the use of force has diminished. Fear of criminal charges on the one hand, and public condemnation as “racists” on the other causes police to prefer inaction even when situations require that they act.

The demoralization and intimidation of police is very likely to cause a steep increase in violent crimes.

Then there are Soros’s actions on behalf of illegal immigration. From the US to Europe to Israel, Soros has implemented a worldwide push to use immigration to undermine the national identity and demographic composition of Western democracies. The leaked emails show that his groups have interfered in European elections to get politicians elected who support open border policies for immigrants from the Arab world and to financially and otherwise support journalists who report sympathetically on immigrants.

Soros’s groups are on the ground enabling illegal immigrants to enter the US and Europe. They have sought to influence US Supreme Court rulings on illegal immigration from Mexico. They have worked with Muslim and other groups to demonize Americans and Europeans who oppose open borders.

In Israel as well, Soros opposes government efforts to end the flow of illegal immigration from Africa through the border with Egypt.

The notion at the heart of the push for the legalization of unfettered immigration is that states should not be able to protect their national identities.

Parallel to these efforts are others geared toward rejecting the right of Western democracies to uphold long-held social norms. Soros-supported groups, for instance, stand behind the push not only for gay marriage but for unisex public bathrooms.

They support not only the right of women to serve in combat units, but efforts to force soldiers to live in unisex barracks. In other words, they support efforts aimed at denying citizens of Western democracies the right to maintain any distance between themselves and Soros’s rejection of their most intimate values – their sexual privacy and identity.

As far as Israel is concerned, Soros-backed groups work to delegitimize every aspect of Israeli society as racist and illegitimate. The Palestinians are focal point of his attacks. He uses them to claim that Israel is a racist state. Soros funds moderate leftist groups, radical leftist groups, Israeli Arab groups and Palestinian groups. In various, complementary ways, these groups tell their target audiences that Israel has no right to defend itself or enforce its laws toward its non-Jewish citizens.

In the US, Soros backed groups from BLM to J Street work to make it socially and politically acceptable to oppose Israel.

The thrust of Soros’s efforts from Ferguson to Berlin to Jerusalem is to induce mayhem and chaos as local authorities, paralyzed by his supported groups, are unable to secure their societies or even argue coherently that they deserve security.

In many ways, Donald Trump’s campaign is a direct response not to Clinton, but to Soros himself.

By calling for the erection of a border wall, supporting Britain’s exit from the EU, supporting Israel, supporting a temporary ban on Muslim immigration and supporting the police against BLM, Trump acts as a direct foil to Soros’s multi-billion dollar efforts.

The DCLeaks exposed the immensity of the Soros-funded Left’s campaign against the foundations of liberal democracies. The “direct democracy” movements that Soros support are nothing less than calls for mob rule.

The peoples of the West need to recognize the common foundations of all Soros’s actions. They need to realize as well that the only response to these premeditated campaigns of subversion is for the people of the West to stand up for their national rights and their individual right to security. They must stand with the national institutions that guarantee that security, in accordance with the rule of the law, and uphold and defend their national values and traditions.

The Soros worldwide plan is CHAOS and CONQUER
Setting friend and foe up against each other,reaping the benefits of the battles.