Trump couldn't help letting slip his real feelings about billionaire George Soros when the two met at the World Economic Forum at Davos. 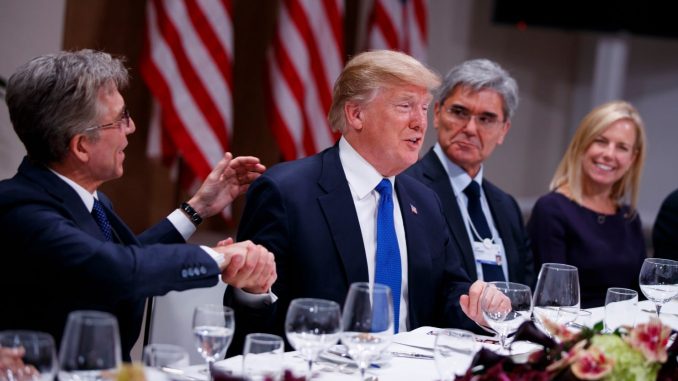 During this photo-op at Davos, Switzerland, where the world’s financial elite were meeting to thrash out plans for the future, President Trump couldn’t help letting slip his real feelings about billionaire George Soros.

A female reporter with a German accent asked President Trump, who had just taken his seat, “Why are you smiling so broadly, like the cat that got the cream?“

Before President Trump could answer, U.S. Secretary of Homeland Security Kirstjen Nielsen, seated on the far left in the photo, said, “He is smiling because he just told George Soros to go to hell.”

Mainstream media from around the world reported on George Soros’ speech at Davos, which he dedicated entirely to criticizing President Trump. Attempting to convince the world that Trump’s presidency is “a danger to the world.“ 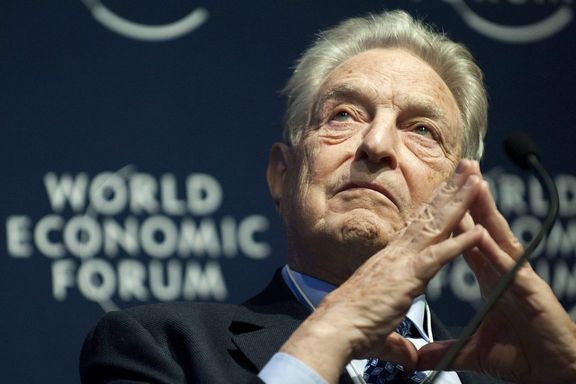 But Soros’s speech didn’t go down well at Davos. Expecting the audience to be on his side, Soros was dismayed when he was ignored and President Trump received something close to a hero’s welcome, according to the New York Post. Even the Washington Post was unable to spin the event into a negative Trump story, admitting that the president managed to “win” at Davos.

And the reason is simple: It’s hard to argue with success.

Sustained economic growth (a much improved 2.6 percent GDP for the fourth quarter — and that’s before the epic tax cuts kick in), signs of higher wage growth (many companies are now handing out bonus checks to workers for the first time since 2007) and a roaring stock market (with the Dow heading close to 30,000) are cold, hard facts that cannot be argued with.

Even people who claim to despise Trump are finding a silver lining in the orange-tinted cloud.

This is all bad news for Soros, the octogenarian billionaire who recently pumped $18 billion into leftist causes around the world. While much of the money Soros spends through his Open Society Foundation has gone to destabilizing democracy in Eastern Europe and more recently to crashing economies and devastating developing nations around the globe, he has now shifted his focus, he said, and will spend much of his money taking on President Trump directly in America.

Was Soros surprised by the muted response to his speech at Davos?

The fact Soros attempted to gain a coveted one-on-one meeting with Trump after delivering such a negative speech should come as no surprise. This is the man who claims he is a God, and that “normal rules do not apply” to him.

President Trump’s sharp words to George Soros were all that he deserved.

In contrast to Soros’s dismal speech, Trump’s speech went down a storm. Informing the audience that Washington “will no longer turn a blind eye” to predatory trade policies of other countries, he also made a point to note, “America first does not mean America alone. When the United States grows, so does the world.”