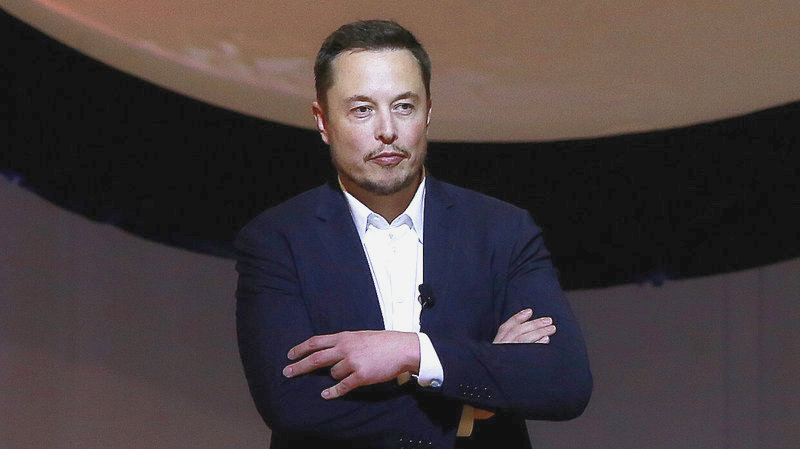 Elon Musk has started a new company called Neuralink, in what's widely seen as a bid to add a symbiotic computer layer to the human brain.
Susana Gonzalez/Bloomberg via Getty Images

In the past, entrepreneur Elon Musk has described a "neural lace" that could add a symbiotic digital layer to the human brain. In the future, it seems, he'll try to build that device through a new company, Neuralink.

Musk, whose name is also tied to ambitious projects in space and electric cars, confirmed the new venture early Tuesday, after it was first reported by The Wall Street Journal.

"He hasn't made an announcement, but Neuralink registered in California as a 'medical research' company last July," the Journal said.

Hours later, Musk confirmed the company's name — but little else — in a tweet. More details, he said, would come in a post on the Wait But Why site, which specializes in long-form, visually rich explainers.

With few details made public, speculation about Neuralink centers on the name and how it might correspond to Musk's previous statements about incorporating artificial intelligence, or AI, into human brains.

The idea of a brain-computer link has been a theme in Musk's tweets, and the topic also came up in a lengthy Recode interview last year, when he spoke of how humans are already becoming cyborgs, thanks to smartphones and other devices that give us nearly immediate access to information.

"But the constraint is input-output," Musk said. "So, we're i/o-bound."

Laying out his idea, Musk said, "Effectively, merging in a symbiotic way with digital intelligence revolves around eliminating the i/o constraint. So, it would be some sort of direct cortical interface."

And he added that such a "merging" would not require surgery but could instead be accomplished by going through veins and arteries — "because that provides a complete roadway to all of your neurons."
YouTube

Such a project could be life-changing for people who suffer from neurological diseases and injuries. In addition, Musk has said, enhancing people's brains could allow humanity to avoid becoming the equivalent of "a house cat" after AI surpasses us — a development he said was just a matter of time.

On Tuesday, Wait But Why's Tim Urban posted a short update to its series of collaborations with Musk, saying, "So there's this secret thing I've been secretly working on for the past few weeks and it was a secret."

That has changed because of a leak, Urban said. But, like Musk, he provided few details and promised they would come later.

"It's a really extremely cool company and I can't wait to tell you about it. I was given the lowdown about it earlier this month and have been rapid-fire learning ever since. Turns out the brain is obnoxiously not simple."

The CIA original engaged in mind control experiments during the 50’s and 60’s, using drugs like LSD in conjunction with electronic devices to manipulate test subjects. One such experiment was called the “Radio-Hypnoic Intracerbral Control and Electronic dissolution of Memory” which was used to split a persons’ mind into two distinct entities for undercover spy work. The project was “officially” disbanded in 1977

The issue with the CIA experiments is they required the subject to be in close proximity to scientists and the reach of the project was limited to a small number of individuals within range which is where Dr Jose Delgado of Yale University come in. Dr Delgado was the pioneer of electromagnetic mind control and released a peer reviewed report entitled “Physical Control of the Mind: Toward a Psychocivilized Society” which stated that it was possible to control human movements, glandular functions and specific mental manifestations using electromagnetic stimulation.

In 1974 he stated to congress that “We need a program of psychosurgery for political control of our society. The purpose is physical control of the mind. Everyone who deviates from the given norm can be surgically mutilated. The individual may think that the most important reality is his own existence, but this is only his personal view. This lacks historical perspective. Man does not have the right to develop his own mind . This kind of liberal orientation has great appeal. We must electronically control the brain. Someday armies and generals will be controlled by electrical stimulation of the brain.”

Congress denied the funding request but his work was subsequently funded by the Office of Naval Research. The reach of HAARP is larger than initially feared. Snowden papers reveal that the EM signal produced by HAARP and other mind control weapons can now be relayed through cell phone towers thus extending the reach of the signal from a confined targeted area to the entire population.

We are in a new era of scientific weaponry. Your mind may not longer be your own. The evidence is out there, dig deeper!!

CIA can control EVERY mind in the World:

The Illuminati/ global elite is feeling the ground shaking under their feet and is desperately advancing their schedules for the full control of the human mind.

They are buying up super-minds at ANY cost to run their mind-control projects with ULIMITED funds.

“Enlightenment is man’s emergence from his self-imposed immaturity. Immaturity is the inability to use one’s understanding without guidance from another.”

We are now at a crossroads. Big data, artificial intelligence, cybernetics and behavioral economics are shaping our society—for better or worse. If such widespread technologies are not compatible with our society's core values, sooner or later they will cause extensive damage. They could lead to an automated society with totalitarian features. In the worst case, a centralized artificial intelligence would control what we know, what we think and how we act.

We are at the historic moment, where we have to decide on the right path that allows us all to benefit from the digital revolution. Therefore, we urge to adhere to the following fundamental principles:

to increasingly decentralize the function of information systems;

to support informational self-determination and participation;

to improve transparency in order to achieve greater trust;

to reduce the distortion and pollution of information;

to support social and economic diversity;

to improve interoperability and collaborative opportunities;

to support collective intelligence, and

to promote responsible behavior of citizens in the digital world through digital literacy and enlightenment.

Following this digital agenda we would all benefit from the fruits of the digital revolution: the economy, government and citizens alike.

What are we waiting for? A strategy for the digital age