The concept of a "Hidden Hand" that promulgates "stealth genocide" takes on an indisputable and well as "inscrutable" new meaning. 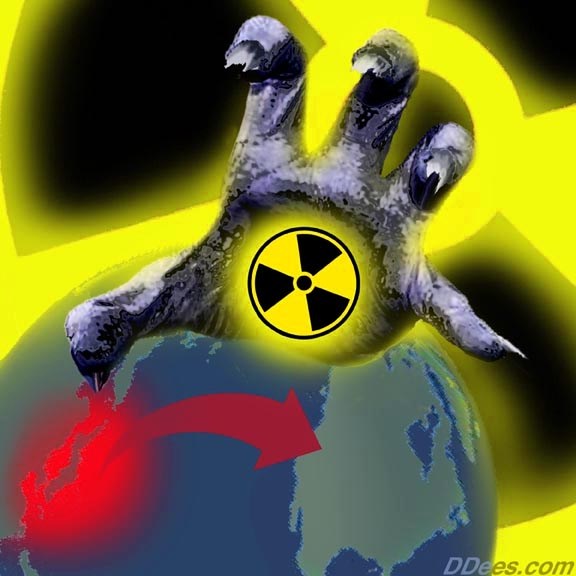 LIHOP or MIHOP "False Flags" or something else?

This web page is concerned with three major issues:

a) How the recklessness, incompetence, selfishness, and deceptiveness of the Japanese government and Tokyo Electric and their U.S. Government and General Electric counterparts -- and the "globalist elites" who control these entities from behind the scenes -- rise to levels beyond ordinary criminality.

The term "false flag" in its most general sense means a deliberate decoy operation intended to benefit a power elite at the expense of one or more host societies. This disaster fits within major LIHOP ("Let It Happen On Purpose) or even MIHOP (Made It Happen On Purpose) false flag (or "black op") parameters. Many types of circumstantial evidence or "indicators" support MIHOP, such as unusual HAARP activity at the time of the 3-11 earthquake, Israeli involvement in the security of the Fukushima plants, and the worldwide spread of the Israeli-made Stuxnet virus designed to disrupt nuclear plant functioning.

b) How there is an urgent need to independently assess the true nature of the Japanese "runaway radiation volcano," its catastrophic impact on human populations and the environment, and the best technologies and other solutions available to end the crisis. We also need to closely monitor cascading indicators which escalated in the U.S. in June 2011 regarding the Ft. Calhoun nuclear power plant, the very unusual fires raging around Los Alamos atomic waste depots, and other suspicous incidents involving vulnerable American nuclear facilities.

The Japanese catastrophe could conceivably become a hundred to a thousand times worse than Chernobyl -- or even worse than this. Chernobyl has already "soft killed" over a million people and spread radiation around Europe and the Northern Hemisphere, and this incident involved only one reactor in partial melt-down. The Japanese catastrophe involves four reactors in full or partial melt-down, and two more which could follow. It also involves hundreds of thousands of spent fuel rods blown out of their storage tanks, and the leakage of plutonium-uranium MOX fuel in reactor three. The sum total of radiation released into the environment will eventually leave major portions of Japan permanently uninhabitable for quite some time (particularly in the absence of some new form of mobile robotic cleanup technologies) and cause the early deaths of a significant portion of the Japanese population. It is still difficult to predict the impact on Americans, but is now likely that a significant portion of the U.S. population will suffer as well and vast areas of American farmlands and water supplies are currently becoming increasingly contaminated.

c) How we require broad-based citizen activism to install the kind of honorable government and corporate leadership required to successfully contain and damage-control this crisis. This includes pressuring local as well as state and federal official to install adequate backup systems to contain major nuclear melt-down and contaminatin risks inside the USA.

When we weigh the total effects of radiation released into the atmosphere resulting from military tests, expended depleted uranium warheads, the 3-11 Japanese earthquake-related nuclear plant meltdowns, and the possible future melt-downs of American reactors and spent fuel ponds sitting in fault zones across America, or in major river flood or wildfire risk areas -- the very survival of humanity may be placed in peril. Leuren Moret, Dr. Doug Rokke, and other radiation experts warn us that if accumulated radioactive particles reach a certain level in the atmosphere -- combined with other toxins from other sources such as chemtrail spraying and industrial emission -- most life forms may no longer be able to sustain themselves on this planet. 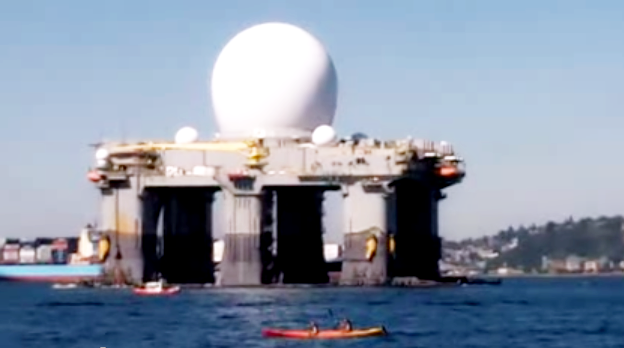 Criminal and Other Subversive Analysis 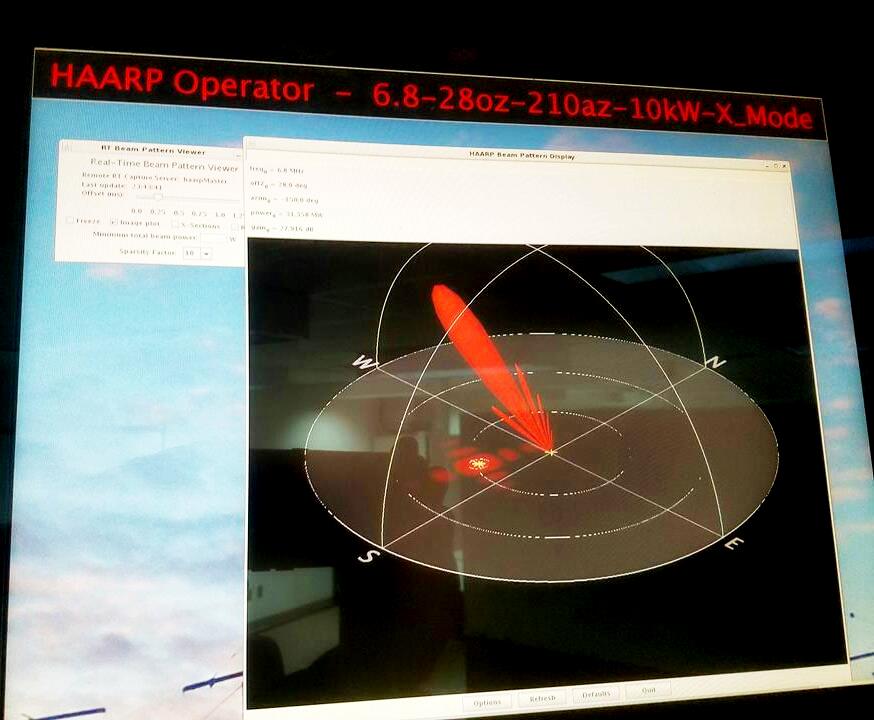 Editor's Note: The above series has my most complete documentation of the ongoing Fukushima crisis. I have only placed the table of contents on a seperate web page, but also below.
The following sections were developed during the first few months of the crisis. They serve as an introduction to my "Aerial Dance of Mass Death and Genetic Destruction" series contained on seperate web pages.

Radiation Threat to the Japanese and Nearby Countries

Fallout Threat Across Pacific and Around the World

Special Equipment and Other Technological Approaches

EU has ordered another 6 HAARP farms in Norway.....

Is HAARP also the cause of the mystery sightings over White Sands - USA?