A mosque in Washington. In recent years, state lawmakers and others have been arguing that Muslims are not protected by the First Amendment.CreditCreditYasin Ozturk/Anadolu Agency, via Getty Images

Many Americans would deny Muslims the religious liberty they insist upon for Christians.

Religious liberty has become a particularly politicized topic in recent years, and recent months were no different. In a long-awaited June decision, the Supreme Court decided in favor of a Christian baker who refused to make a custom wedding cake for a gay couple. In July, Attorney General Jeff Sessions introduced a “religious liberty task force” that critics saw as a mere cover for anti-gay discrimination. And Judge Brett Kavanaugh’s record has been scoured for evidence of what his appointment to the Supreme Court would mean for future decisions in which Christian beliefs clash with law and policy.

But when it comes to religious liberty for Americans, there’s a disturbing trend that has drawn much less attention. In recent years, state lawmakers, lawyers and influential social commentators have been making the case that Muslims are not protected by the First Amendment.

Why? Because, they argue, Islam is not a religion.

This once seemed like an absurd fringe argument. But it has gained momentum. John Bennett, a Republican state legislator in Oklahoma, said in 2014, “Islam is not even a religion; it is a political system that uses a deity to advance its agenda of global conquest.” In 2015, a former assistant United States attorney, Andrew C. McCarthy, wrote in National Review that Islam “should be understood as conveying a belief system that is not merely, or even primarily, religious.”

In 2016, Michael Flynn, who the next year was briefly President Trump’s national security adviser, told an ACT for America conference in Dallas that “Islam is a political ideology” that “hides behind the notion of it being a religion.” In a January 2018 news release, Neal Tapio of South Dakota, a Republican state senator who was planning to run for the United States House of Representatives, questioned whether the First Amendment applies to Muslims.

The idea that Islam, which has over 1.6 billion adherents worldwide, is not a religion was even deployed in a 2010 legal challenge of county approval of building plans for a mosque in Murfreesboro, Tenn. The plaintiffs argued that Islam is not a religion but rather a geopolitical system bent on instituting jihadist and Shariah law in America. Because Islam is not a religion, the argument went, the mosque construction plans should not benefit from the county or federal laws that protect religious organizations. The local court ruled against the mosque, but the Tennessee appellate court overturned the ruling and the mosque prevailed.

This argument about land use is particularly distressing because not too long ago, a bipartisan coalition in Congress helped enact the federal Religious Land Use and Institutionalized Persons Act to prevent discriminatory or burdensome regulations from restricting religious exercise. In 2000, it passed both the House and the Senate by unanimous consent, as lawmakers expressed concern that minority faiths disproportionately faced zoning conflicts, and was signed into law by President Bill Clinton. It’s jarring that some would now argue that these protections do not apply to Muslims.

At the root of the push to deny that Islam is a religion is a misguided belief that Muslims are anti-American. An industry of anti-Muslim fearmongering has helped stoke and perpetuate moral panic about Islam taking over America and subverting American values.

A 2016 survey by the Pew Research Center found that almost half of all American adults believed that “at least some” American Muslims are anti-American; this number included 11 percent who think “most” or “almost all” American Muslims are anti-American. Fourteen percent thought that about half of all American Muslims are against America. A 2017 poll found that half of United States adults believed that Islam does not have a place in “mainstream American society,” and almost half (44 percent) thought there was a “natural conflict between Islam and democracy.” The fear is so real that in 2010, when the mosque opponents in Murfreesboro argued against the religious validity of Islam, the Department of Justice filed an amicus brief explaining that “under the United States Constitution and other federal laws, it is uncontroverted that Islam is a religion, and a mosque is a place of religious assembly.”

The fear is not limited to mosque cases. There have been legislative efforts in 43 states to ban the practice of Islamic religious law, or Shariah law; 24 bills were introduced in 2017 alone, according to the Haas Institute at the University of California, Berkeley. This year, Idaho introduced an anti-Shariah bill, bringing the number of measures introduced since 2010 to at least 217. Of those, 20 have been enacted.

The laws’ backers seem to see them as necessary stopgaps to protect against their imagined Muslim takeover of America. When an Idaho state representative, Eric Redman, a Republican, introduced his anti-Shariah bill in January, he said it was needed so that “foreign law” would not “defile our constitutional laws” and to “protect our state and our country.” That’s a similar sentiment to the one expressed by the conservative political activist Pamela Geller, who argued in a 2016 commentary published by Breitbart that Muslim women seeking accommodations to wear a head scarf in the workplace are part of a “Muslim effort to impose Islam on the secular marketplace.”

It’s not hard to imagine what the reaction from these corners would be if Muslims sought other exemptions, including ones routinely sought by Christians — from performing certain medical procedures, providing certain medications or, say, from baking a wedding cake for a gay couple. A June poll by Morning Consult showed that white evangelicals are more likely to support religious business owners refusing services to L.G.B.T. individuals if the business owner is a Christian, Jew or Mormon — but less so if the business owner is a Muslim.

If Islamophobes are successful in their efforts to strip American Muslims of the same protections that Christians enjoy, it’s they — not the Muslims they irrationally fear — who will be responsible for curtailing religious liberty.

Asma T. Uddin, a religious liberty lawyer and scholar, is the author of the forthcoming book “When Islam Is Not a Religion.”

A version of this article appears in print on Sept. 27, 2018, Section A, Page 29 of the New York edition with the headline: A Religious Double Standard. Order Reprints | Today’s Paper | Subscribe

The world in muslim populations, every country listed.

The bottom line is for the people to regain their original, moral principles, which have intentionally been watered out over the past generations by our press, TV, and other media owned by the Illuminati/Bilderberger Group, corrupting our morals by making misbehavior acceptable to our society. Only in this way shall we conquer this oncoming wave of evil.

The source and the author's copyright must be displayed. For publication of Human-Synthesis articles in print or other forms including commercial internet sites. Human-Synthesis contains copyrighted material the use of which has not always been specifically authorized by the copyright owner. We are making such material available to our readers under the provisions of "fair use" in an effort to advance a better understanding of political, economic and social issues. The material on this site is distributed without profit to those who have expressed a prior interest in receiving it for research and educational purposes. If you wish to use copyrighted material for purposes other than "fair use" you must request permission from the copyright owner.

TILBAKE TIL HOVEDMENYEN - BACK TO THE MAIN MENU

NORWAY’s local elections are less than a month away and a rule could see up to 350,000 immigrants legally vote in the Scandinavian country. DAILY EXPRESS - PUBLISHED: 08:40, Fri, 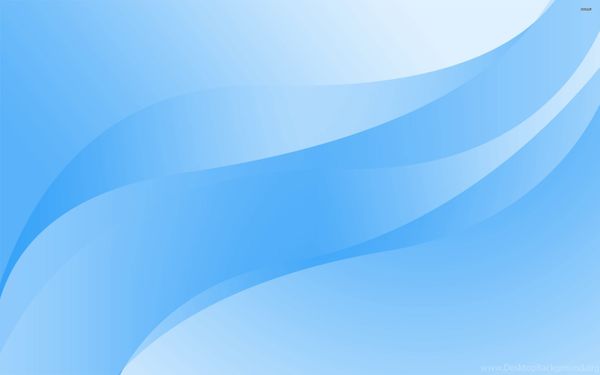