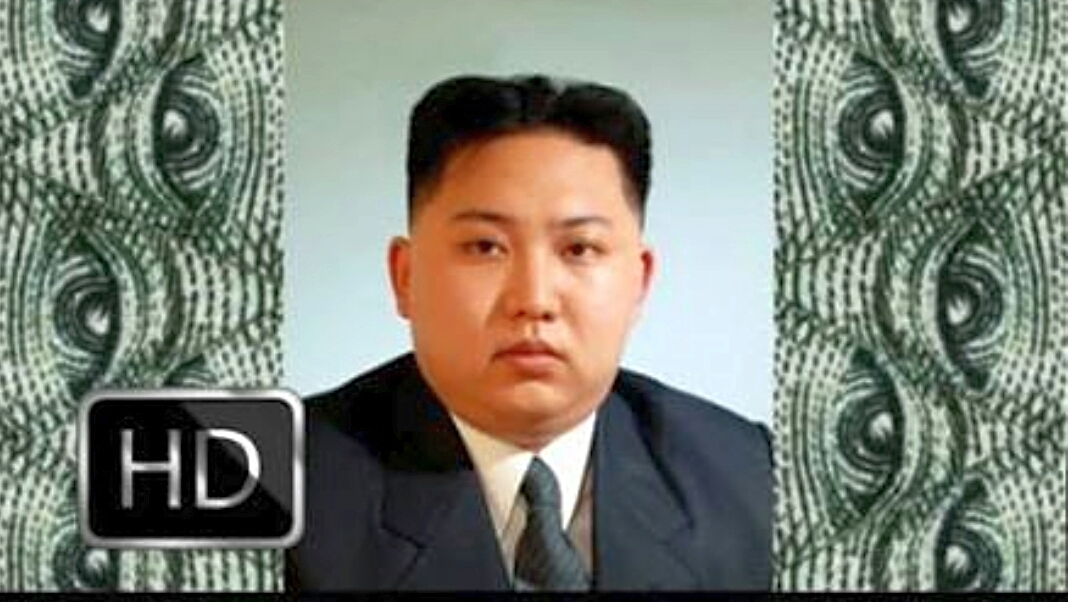 Everyone is speculating over what North Korea is going to do – and although we do not know exactly when or if, we do know that Major Ed Dames and his remote viewing team warned that the North Koreans would use a nuke in anger – and this young leader is angry and wants to prove himself – and now even China is getting concerned, but said that if war breaks out, they will come to the aid of North Korea.

But we also know that nothing of importance happens that is not approved and well planned by the Illuminati. And that comes from an insider. So then, what exactly is going on and what can we expect?

It appears to me that we may be watching a slow, or perhaps very fast, unwinding of a plan known as the Armageddon Script – a series of conflicts that are unleashed upon the world all at once that leads to WWIII. In this so-called script – the North Koreans launch a strike against the South. At the same time, the Chinese take advantage of this and launch an attack on Taiwan.

Then trouble breaks out in the Middle East. That spreads out the United States military to such a degree that we would be fighting on behalf of allies on three or perhaps four fronts – something we could not do.

As to the truth of the Armageddon Script, no one knows – but it does make sense if you wanted to break the USA down and weaken her to come in for the final kill during the Ezekiel 38/39 war.

We know that the Illuminati must and will bring America down, and war is just one way to accomplish it, the second being economics – or in this case, the possibility of both.

If we end up in a major conflict with North Korea, the Chinese will have to support their neighbour, even if they may not agree with all of the bellicose remarks coming from there.

This is a very touchy situation, and the North Korean military knows it. They are a wild card, and no one knows what they might or might not do. They could launch several missiles claiming they are testing them when in fact they are real.

They could have underground tunnels and use an underground nuke no one knows anything about – but one thing is certain – the U.S. Government is beginning to take these threats much more seriously than ever before.

We also have had reports of major military moves going on at several bases, and no one knows where all of this stuff is going outbound – so the scuttlebutt is that we are really preparing for something that is coming very soon – and then, of course, we see a 4-11 coming up, you know April 11, 2013, and some have been speculating that this could be strike date by the North. Time will tell, but know this – something is in the wind.

Does this satellite contain a hidden EMP weapon? No one knows but we could soon find out. This brings us to HOPI prophecy, in that they said that from the East came a device that caused all modern high tech stuff to stop dead in its tracks – like cars, trucks, computers, all of it. HOPI prophecy claims it is one of TWO possibilities – so it is not a sure thing. The only thing that could bring American high tech stuff to stop is an EMP.

Tokyo had already deployed Aegis class destroyers equipped with missile interceptors in the Sea of Japan to counter the North Korean threats and authorized its forces to shoot down any missile emanating from North Korea.

(Comment – The shooting down of any missile from North Korea will most likely lead to an escalation of hostilities because North Korean leader Kim Jong Un is mentally unbalanced and is already very angry with everyone. He would view the shooting down of a test missile as an act of war, and might then proceed to unleash whatever weaponry he has. He has in effect, talked himself into a corner – where he has to act or his own people and military would consider him just a liar and weak willed. He is in a dangerous area now both in the world and at home. Who knows what orders or rewards he has been offered by the Illuminated Ones?

And here is another indication of how serious this may be getting:

“DPRK says to withdraw all employees from Kaesong industrial zone.

PYONGYANG, April 8 (Xinhua) — The Democratic People’s Republic of Korea (DPRK) said on Monday that it will withdraw all its employees from the Kaesong industrial zone.

“The DPRK will withdraw all its employees from the zone,” the official KCNA news agency reported, citing a statement issued by Kim Yang Gon, Secretary of the Central Committee of the Workers’ Party of Korea.

The operations in the industrial zone, which houses about 120 South Korean companies with some 54,000 DPRK workers, will be temporarily suspended, according to the statement.”

(Comment: His talk indicates he is going to shut this area down for good. That sounds like he is getting his people out of harms way – and then there is this, which is even more ominous:

“April 9, 2013 – NORTH KOREA – North Korea issued its latest dispatch of ominous rhetoric Tuesday, telling foreigners in South Korea they should take steps to secure shelter or evacuation to protect themselves in the event of a conflict on the Korean Peninsula. The unnerving message came as Japan set up missile defenses in Tokyo, and North Korean workers failed to turn up for work in the industrial complex jointly operated by North and South Korea. In the statement published by state-run media Tuesday, the North’s Korea Asia-Pacific Peace Committee reiterated accusations that Washington and Seoul were seeking to provoke a war with Pyongyang. “Once a war is ignited on the peninsula, it will be an all-out war,” the committee said, adding that North Korea doesn’t want foreigners in South Korea to “fall victim” to a conflict.”

Comment: This last dispatch seems the most dangerous of all – to tell all foreigners to leave South Korea indicates to me, anyway, that these threats are more serious than people realize. North Korean leader Kim Jong Un may have decided that all out war NOW is the only way to unify the nations again, and is prepared to suffer any consequences FOR TAKING THAT STEP. He may be insane enough to think he could actually bring down America in the long run – and he might be right because we simply do not have enough good intelligence to know what weapons he actually has. We are guessing – and that can be very dangerous.

The other thing to remember here is that while we are seeing no major troop build-ups in the North is that the North Koreans may have dug a huge underground complex of tunnels that go all the way into South Korea – thus the North could send thousands of troops underground to pop at when ordered to do so. In as much as these tunnels are huge all around the world – what is to say that they have not acquired missiles we know nothing about – and nuke technology we know nothing about. Inasmuch as Iran and North Korea are “buddies”, and both hate the United States with a passion – and well, we have found out previously that U.S. Intelligence and their assessment of things is almost always wrong. This, coupled with where we are of the Lord’s timeline should give everyone pause.

This just came in as I was posting:

Most U.S. troops ‘would die’ in N. Korean onslaught

WASHINGTON – If North Korea were to launch an attack, U.S. intelligence analysts tell WND the barrage of hundreds of thousands of artillery rounds and missiles would destroy not only South Korea’s capital, Seoul, but also most of the U.S. troops stationed primarily around the capital and near the Demilitarized Zone separating the two countries.

Through a cold mist, South Korean troops scan their frontier for signs of an attack by warmongering North Korean leader Kim Jong-Un. Behind razor wire and machine gun nests, nervous soldiers man artillery positions ready to blitz the dictator’s forces dug in less than a mile away.

But while their eyes peer into the mist, the onslaught may yet begin where they cannot see… 100 feet below their boots.

Because military chiefs fear Kim’s troops have dug a series of secret underground tunnels reaching behind the South’s defensive lines.

And in one nightmare scenario, they believe up to 30,000 elite commandos are ready to pour through them.

Yesterday as the South braced itself for war between the countries for the first time since 1953 amid Kim’s increasing sabre-rattling, a military source told us: “We are on high alert and have seen little movement. But the North has already tried four times since the armistice to launch a tunnel invasion.”

My guess is that we will see the use of suitcase nuke, and no telling how many this guy has acquired, sometime in the not too distant or the near future. And then, of course, we have the Middle East.

If still in doubt, read the MONEY MAFIA by ex Canadian Minister of Defense, Paul Hilliard:

Considering this article was made 8 to 4 years ago, it is pretty well up to date. I also felt there must be a sane reason why a young leader in N. Korea would go to such extremes to irritate the whole world upon himself, and apparently ready to die for the cause. No smoke without a fire! And just WHO is supplying him with funds and technical know how? His people are starving and desperate, he has no export. Well, it´s pretty obvious, someone is using him as bait, knowing Trump has a short fuse.

Decades ago, Illuminati stated they had two options to force through their NWO on the people of the world, a slow, ´butterfly effect´ invisibly changing the governments by infiltrating their own leaders, country by country until the day it was discovered by the people, by which time it would be too late, and the people under their complete control.

Plan ´B` would create one or more major catastrophes, eradicating millions of people which would later need help and financing to build up their lives again, this time under Illuminati´s full control in their newly creates NWO.