#What explains the scale of corruption in Brazil?

Dabène - It's hard to explain absurd sizes. There is a vision of politics in Brazil as an activity that allows personal enrichment, in the same way as other activities.
There is no view of politics as an activity that should serve general interests. When they say there is no civic conscience in Brazil, I think that this is not wrong. Corruption is not peculiar to Brazil, but it is exaggerated in Brazil. Perhaps because Brazil is a large, rich country with many natural resources and that for a long time has been the target of easy exploration. There are behaviours that are rooted in history. These people are compromising Brazil's economic growth and future development. In France, for example, there are also suspicions of misappropriation of public money, as was the case during the presidential campaign with conservative candidate François Fillon, a former favourite in the dispute.

Dabène - The French are amateurs compared to what happens in Brazil. The whole world, by the way. Imagine what Brazil's economic growth would have been in the last 30 or 40 years if there had not been this systematic plundering of its resources and companies. That gives vertigo. It's totally unbelievable. When I say that Brazilian politicians do not learn, I am also referring to the fact that they do not know the history of Brazil. This type of situation in the country today is typically the climate of a coup. We are no longer, of course, at the time of military coups, there are very few chances that this will happen. But there are all the elements for a military man to turn around. 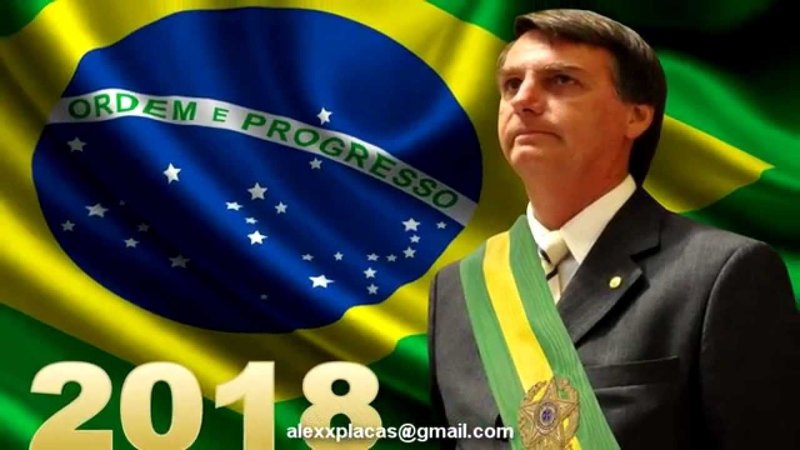 Political scientist sees deputy Jair Bolsonaro as an example of outsiders who can benefit from leaders vacuum caused by the political crisis. When democracy comes to this kind of absurdity, of immoral behaviour, there can always be a military man to say all that is enough. Things, of course, have changed. The great majority of the military in Brazil has a republican spirit. And today the Armed Forces have less need to intervene in politics because there are political men, such as deputy Jair Bolsonaro (PSC-RJ), with harsh language and authoritarian behaviour.

BBC Brazil - You say that to change the behaviour of politicians in Brazil it is necessary that there is a new generation or outsiders candidates.

Dabène - I am afraid that the elimination of a political class, as is currently the case with corruption scandals, will result in an outsider who wants to be orderly and authoritarian. A strong personality, who will not hesitate to act harshly. It is a catastrophic scenario for Brazil that can not be ruled out. The Brazilians are very unhappy. It is an unprecedented situation that makes possible the emergence of a hard-line outsider or people who have never acted in politics. Deputy Bolsonaro is worried and already benefits from some support, according to polls. There will come out of this political crisis a great openly right-wing party, which will defend the upper classes. They do not feel represented today. There was, after the return of democracy in Brazil, with a large number of small parties nowadays, a great party of classic, hard right. There is a void being filled.

BBC Brazil - Do you believe that President Temer will be able to finish the mandate or has it become impracticable?

Dabène - It has long been unworkable. With each new revelation, the limit of what is bearable is extended. But I think that only the eventual decision of the Higher Electoral Court to cancel his mandate would prevent him from remaining in the Presidency.
What is fascinating in the case of Temer is that he is a president without any legitimacy and unpopular and at the same time who launches radical reforms. It's paradoxical. He bets he will do some renovations. Allegations of corruption have made Temer's mandate 'unfeasible', says Dabene. But there is popular pressure for him to resign and direct elections.

Dabène - It is difficult to measure the mobilization force on the streets today because there is the factor of mobilization online, in social networks. It's different from the Direct-Already movement in the 1980s. Mobilization on social networks will not make President Temer give up. That's right. However, if the Direct-Now movement with 10 million tanned on the internet turns into 10 million people on the streets of Brasilia, it will be something else.

I am sure that many Brazilians are discontented and want Temer to resign. But does this boil down to pages Fearless or Direct-Already in social networks or people from all over the country will protest in Brasilia? That is, if the movement grows and there are millions of people on the streets, it may be that Temer is forced to resign. I do not rule out this possibility. But it is not easy to get people to go on the streets, which leads me to think that Temer will remain in office if his term is not overturned by justice.

BBC Brazil - With much of the Congress investigated by the Lava Jato operation, would there not be, in the case of an indirect election, a problem of legitimacy in designating the eventual new president?

Dabène - Indirect elections would represent a problem of legitimacy, of course. But he would be a transition president until the 2018 elections. If he is a moderate personality, with a speech of reconciliation and patience, in order to respect the electoral calendar, it can work. I think that in the last two years in Brazil the desire to respect the Constitution in the midst of all this crisis. The political class will want to respect what the Constitution says in this case.

BBC Brazil - With the rejection of the traditional political class, do you think it is possible for Brazil to elect a president like France, Emmanuel Macron, who had never been in an election and was totally unknown in the country just three years ago?

Dabène - Yes. Brazilian public opinion is so disappointed that we should prepare ourselves for huge surprises. Maybe the next president of Brazil might even be an artist. It is possible that the candidates who will run for the presidential runoff in 2018 are not known today.