Rolling coverage of the triggering of article 50, starting the process taking the UK out of the EU, including Theresa May’s statement to MPs, the article 50 letter, and reaction and analysis 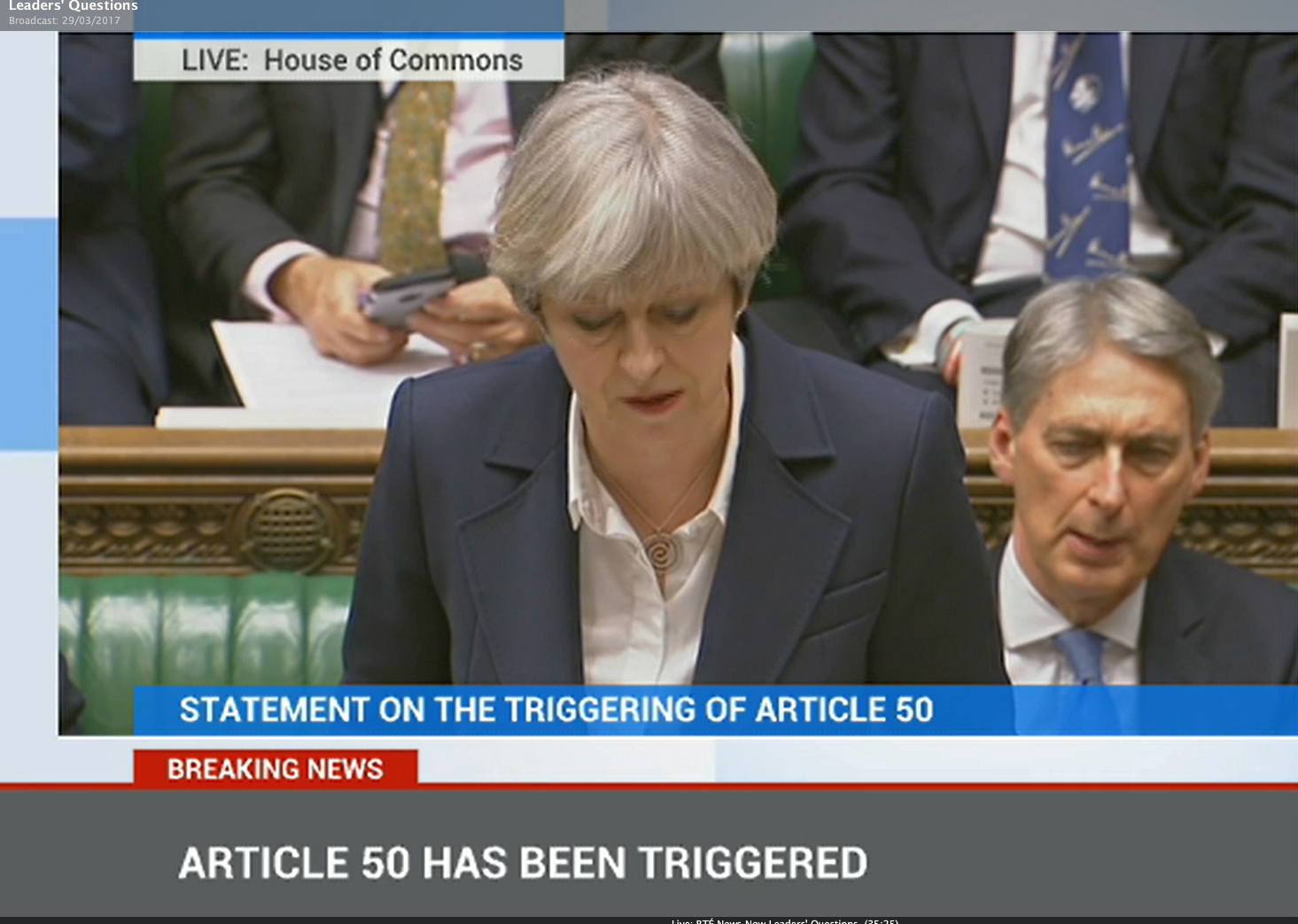 LIVE Updated 3m ago
Live from the House of Commons

Donald Tusk is expected to give his reaction to Britain’s triggering of article 50 shortly, reports Jennifer Rankin in Brussels.

The European council president confirmed he had received Britain’s letter announcing its intention to quit the EU in a tweet: “After nine months, the UK has delivered.”

Sir Tim Barrow, the UK’s ambassador to the EU, delivered the letter in a short meeting this lunchtime. The letter was brought to Brussels by a British official accompanied by a security guard on the Eurostar on Tuesday.

May’s statement is over. For detail, we are going to have to wait until we see the text of the letter. But the tone of her statement was quite striking; it was probably the most pro-European speech she has given as prime minister, and at times it could have sounded like the speech of a PM who was proposing joining. As Philip Hammond signalled in his Today interview this morning (see 9.41am), the government does seem to be trying to reset Brexit expectations.

May says in the months ahead she will represent every person in the U K, including EU nationals.

And it is her fierce determination to get the right deal for everyone.

May says she wants to continue to trade with the EU.

In an increasingly unstable world, we must have “the closest possible security cooperation to keep our people safe”.

She says she wants to deliver a smooth and orderly Brexit.

Then there will be a phased process of implementation.

There will be “consequences” to leaving, she says.

She says it is in the interests of both the UK and the EU that there is as little disruption as possible.

When protectionist instincts are on the rise, Europe has a responsibility to stand up for free trade.

She confirms that the rights of EU nationals will be an early priority.

She says she wants to not just protect the rights of workers, but build on them.

She says EU leaders have said we cannot cherry pick, and stay in the single market without accepting free movement.

We respect that, she says.

May says leaving the EU means laws will be made in the UK.

She says she will negotiate as one UK, taking account the interests of all regions.

She will consider which repatriated powers to devolve, and which to keep at London. But now powers will be taken away from the devolved administrations. And she expects to see them get a significant increase in their powers. CONTINUED LIVE... 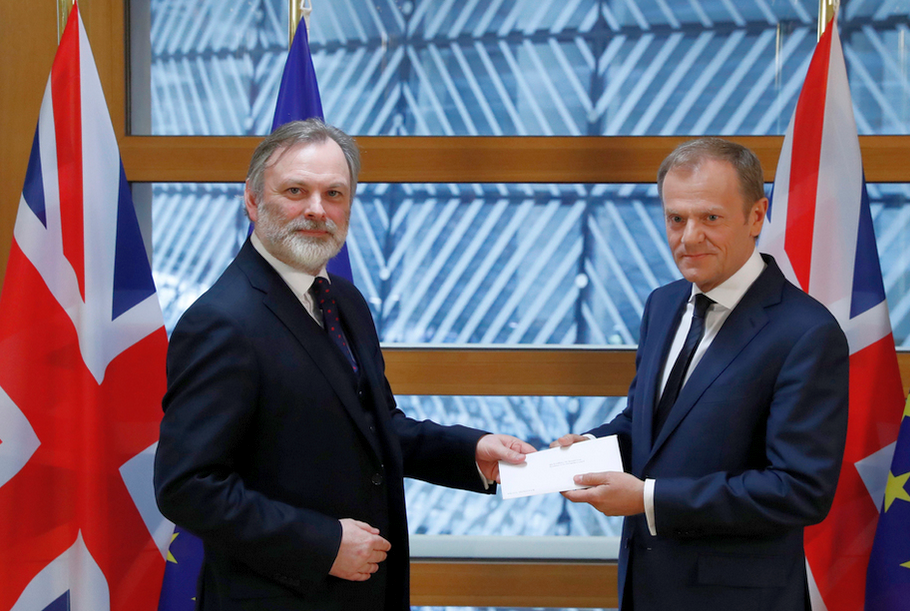 Official hand over from the UK Ambassador Tim Barrow to the EU President Donald Tusk of the UK´s intention to leave the European Union.

The Brexit Art. 50 has been triggered. A historic moment for the UK.