Trump’s Call with Taiwan: A Diplomatic Gaffe or a New Start? 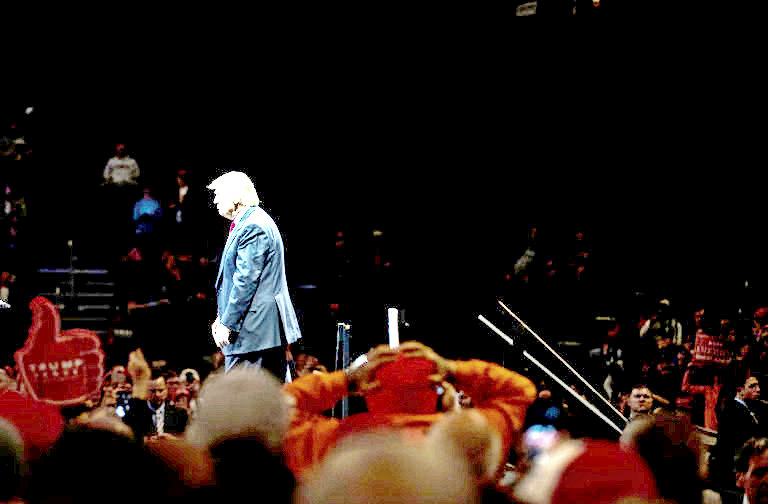 President-elect Donald J. Trump at a rally in Cincinnati last week. Two of his Twitter assertions about China, on tariffs and the South China Sea, were broadly correct. A third, about China’s currency, was out of date. Credit Doug Mills/The New York Times

WASHINGTON — President-elect Donald J. Trump’s motives for his unorthodox call with the leader of Taiwan remain mysterious, but some Republicans are hailing his improvisational diplomacy as a refreshing break with diplomatic rituals that date to the Richard M. Nixon administration. It could lay the groundwork, they say, for a healthier relationship with China.

The question, as often with Mr. Trump, is whether he will have the discipline to see through these changes. In short, was the phone call the start of a calculated policy, or was it merely a one-off gesture that will alienate China and leave Taiwan even more isolated?

So far the messages from the Trump camp are mixed. Vice President-elect Mike Pence insisted on Sunday that people were reading too much into the conversation with President Tsai Ing-wen, and that Mr. Trump was simply accepting congratulations from the “democratically elected leader of Taiwan.” But people advising the transition say Mr. Trump knew exactly what he was doing.

Certainly, the president-elect has done nothing to defuse the tensions stirred by the call. A string of vituperative Twitter posts by Mr. Trump over the weekend on China’s trade and military policies has fanned questions about whether he wants to reset the relationship with Beijing more fundamentally.
Continue reading the main story

But there is no dispute that several people involved in the Trump campaign have long favored opening more formal channels between the United States and Taiwan as a way to put pressure on China. And Republicans being considered for top jobs applaud what they view as Mr. Trump’s determination to use Taiwan as a chip in a geopolitical contest with China.

“He’s the first president since the Shanghai Communique who provides an opportunity to look fresh at the cross-strait relationship,” said Jon M. Huntsman Jr., who served as ambassador to China under President Obama. Mr. Huntsman was referring to the 1972 statement, issued after Nixon’s visit to China, which sharply constrained America’s dealings with Taiwan.

Mr. Huntsman’s name has recently surfaced as a candidate for secretary of state, along with that of John R. Bolton, a former ambassador to the United Nations under President George W. Bush. Mr. Bolton met with Mr. Trump on the day he took the phone call from Ms. Tsai. Later, he said the United States “should shake up the relationship” with China.

Mr. Trump himself seemed to take umbrage at the suggestion that he needed China’s approval to speak with Ms. Tsai. In two posts on Twitter, he wrote: “Did China ask us if it was O.K. to devalue their currency (making it hard for our companies to compete), heavily tax our products going into their country (the U.S. doesn’t tax them) or to build a massive military complex in the middle of the South China Sea? I don’t think so!”
Photo 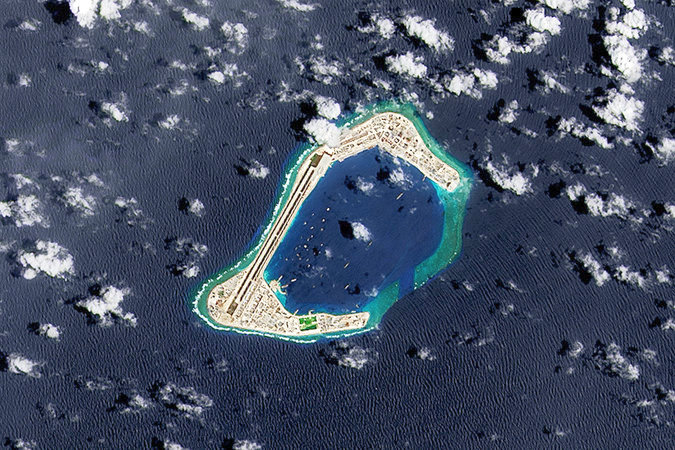 A satellite image of Subi Reef, an artificial island that Beijing is developing in the Spratly Islands in the South China Sea, in September. Credit United States Geological Survey, via Getty Images

China often uses the overseas edition of People’s Daily to test-run major policy pronouncements. In a pointed rejoinder to Mr. Trump, the editorial said that pushing China on Taiwan “would greatly reduce the chance to achieve the goal of making America great again.”

By going after China’s policies on trade and security, however, Mr. Trump appeared to be confirming his intent to take a tougher line with the Chinese leadership across a broader range of issues — and further dampened hopes in Beijing that he might step back from the campaign rhetoric he has used, including threats of punishing trade tariffs.

Such a stance would reflect his foreign policy advisers, who have criticized the Obama administration for being weak toward Beijing. Alex Grey, a member of Mr. Trump’s State Department transition team, wrote an article, with another Trump adviser, Peter Navarro, in Foreign Policy magazine last month in which he described Mr. Obama’s treatment of Taiwan as “egregious.”

“This beacon of democracy in Asia is perhaps the most militarily vulnerable U.S. partner anywhere in the world,” Mr. Grey and Mr. Navarro wrote, declaring that the island needed a “comprehensive arms deal” with the United States to “deter China’s covetous gaze.”
Morning Briefing: Asia and Australia

Shipping traffic in the China Sea and approaches 28 Feb 2017

Vessels of all types: 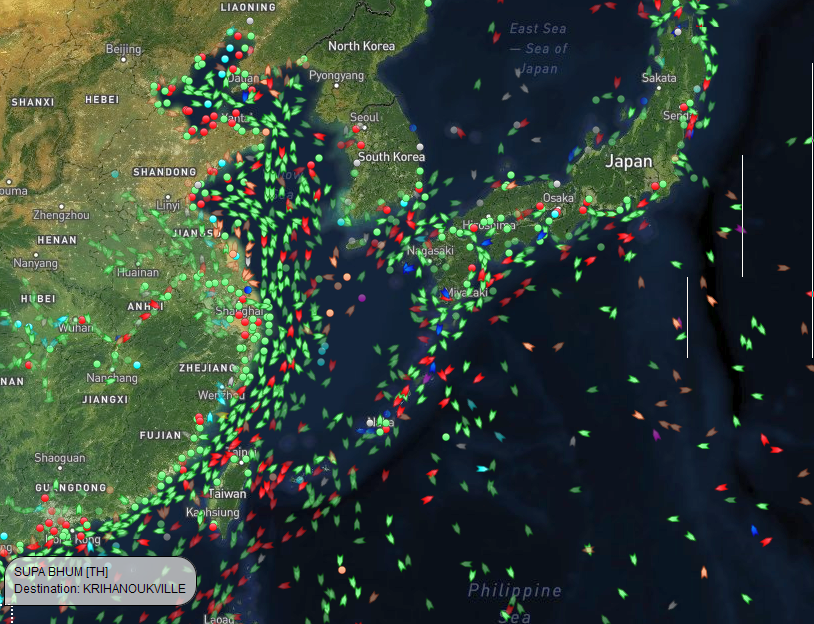 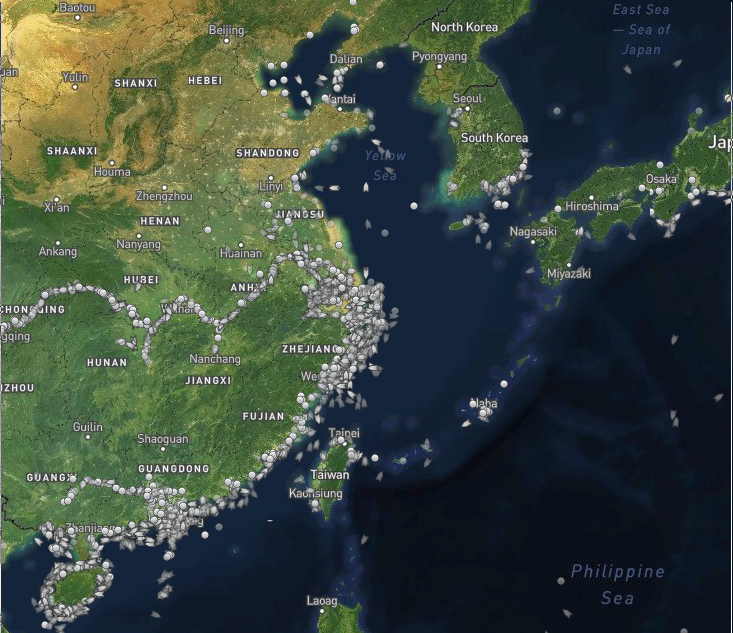 Reince Priebus, Mr. Trump’s designated chief of staff, also has a history with Taiwan. In October 2015, he met with Ms. Tsai in Taipei as part of a delegation from the Republican National Committee. After Mr. Trump selected Mr. Priebus, Taiwan’s foreign minister, David Lee, told a legislative session that the appointment was “good news for Taiwan.”

Pro-Taiwan groups in Washington played down their role in orchestrating the call. But they welcomed it as a step to restore balance in the three-way relationship between Washington, Beijing and Taipei. They also said it need not provoke a confrontation with China.

“It’s absurd that we talk about going to war with China to defend Taiwan, and our presidents can’t talk to each other,” said Randall Schriver, the chief executive of the Project 2049 Institute, a Washington think tank that favors closer American ties with Taiwan. 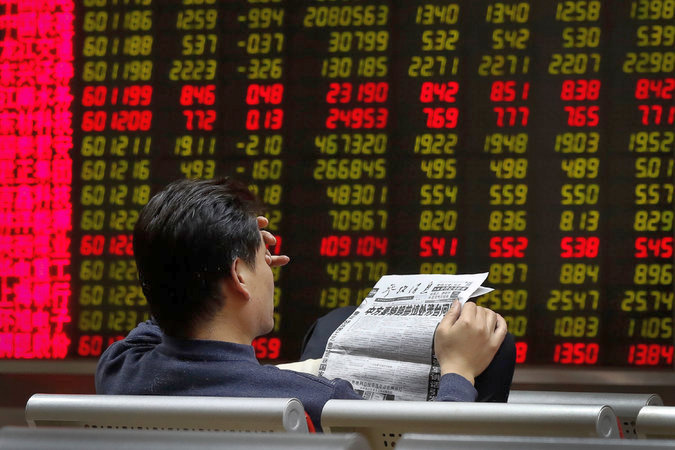 A man reading a newspaper with the headline “China wants U.S. President-elect Donald Trump to use caution in dealing with Taiwan issue” at a brokerage house in Beijing on Monday. Credit Andy Wong/Associated Press

“The Chinese understand this,” Mr. Schriver continued. “They don’t want to see their efforts to isolate Taiwan rolled back, but they also don’t want a bad relationship with the U.S.”

Other China experts said they saw value in Mr. Trump’s desire to rethink old diplomatic protocols. As Mr. Trump has observed, it is difficult to explain to ordinary people why the United States sells advanced weapons to Taiwan but the leaders cannot speak to each other. Some China scholars say it is not clear the policy serves the United States all that well — nor is it clear that Beijing would not learn to live with a closer American relationship with Taiwan.

The trouble, said some, is that Mr. Trump needlessly antagonized China by trumpeting the phone call and then following it up with a series of defiant tweets. “It’s not the phone call that’s the problem; it’s the making it public that’s the problem,” said Shelley Rigger, a professor of political science at Davidson College who specializes in Taiwan.

That could put President Xi Jinping in a difficult position, forced to choose between playing down Mr. Trump’s attacks and risking a backlash at home, or raising the stakes by pushing back more forcefully and setting China on a potential collision course with the United States.

The Chinese government’s initial reaction to Mr. Trump’s call has already drawn a torrent of criticism on social media from Chinese who complained that it was not tough enough. The statement from the foreign minister, Wang Yi, which was relatively low key, given the unprecedented nature of the call, refrained from criticizing Mr. Trump, instead accusing Taiwan of playing a “little trick” on the president-elect.

That offered Mr. Trump a face-saving way out of the imbroglio, and a chance to de-escalate. But the messages he posted on Twitter late Sunday stepped up the pressure on China’s leaders instead.

“Mr. Trump’s tweets and actions appear to be more than a symbolic act,” said James E. Fanell, a former director of intelligence and information operations for the United States Pacific Fleet. “This will upset Beijing, but it is going to remind the rest of the Indo-Asia Pacific region that the new administration is not going to be fettered by the past.”

Some Chinese analysts see Mr. Trump as striking out on a starkly different path from Mr. Obama’s, determined to strenuously compete with China on economic issues. But mindful of his career as a negotiator, some view last week’s moves optimistically as an opening gambit.

“By showing strength at the beginning, he may hope to gain advantages in bargaining later with the Chinese,” said Zhang Baohui, a professor of international relations at Lingnan University in Hong Kong. “He is a businessman, and he could be bringing his business bargaining tactics to interstate relations.”