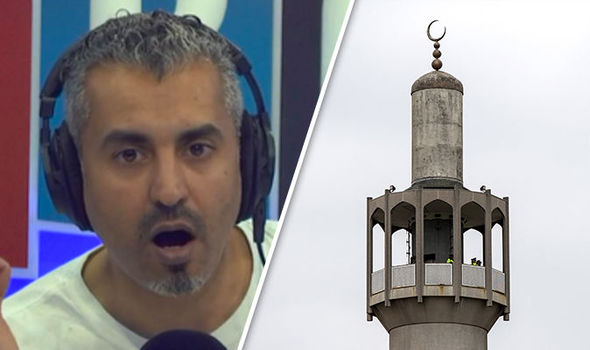 The founder of counter-extremist think tank Quilliam Foundation claimed it did not serve British Muslims for the country to pretend there was not a problem for fear of being labelled racist or xenophobic.

Speaking on his LBC show, the radio host underlined problems with integration could not be ignored and cited employment, education and prison rate issues.

The 38-year-old said: "The problem we've had in this country is that for so long we've been pretty paralysed from being able to speak about it.

There is a huge problem and it doesn't serve British Muslim communities to pretend that there's not.
Maajid Nawaz

"And in this case, for this question, Britain's Muslim communities, were the same communities that were falling behind due to those policies, the multiculturalism policies of the 90s. On every conceivable metric.

"Whether it's a values based metric, or an economic success based metric, any possible metric you could come up with, British Muslims are disproportionately falling behind.

"Nobody, whether Muslim or otherwise, can come up with statistics or facts to show, because they don't exist, to show that this country is...succeeding when it comes to integrating my own Muslim communities.”

Nawaz added other migrant communities had experienced more “success” in thriving in Britain and referred to education statistics as a major indication of how far behind Muslims in Britain were.

"There is a huge problem and it doesn't serve British Muslim communities to pretend that there's not a problem from fear of being considered racist, or bigoted, or xenophobic,” he said.

"Indeed the true bigotry is the bigotry of low expectations that doesn't wish for the same success within those communities that other migrant communities have enjoyed. 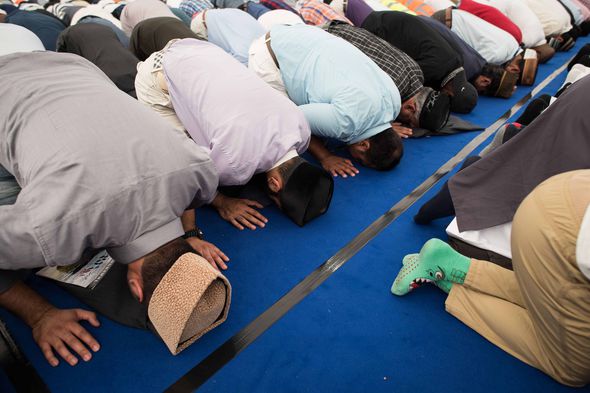 Sadiq Khan sparks row as he compares nationalism to racism
‘Nothing to do with religion' Caller stuns Hopkins in emotional plea.

"Not because I want to disparage them, or us, or make us look bad. So with that said, there's another problem.

Hijabs will be sold in UK department stores after retailer Debenhams announced it would become the first to stock the Islamic dress as part of a new range of Muslim clothing. London-based clothing brand Aab, which is behind the line, describes itself as selling ‘contemporary modest wear’ for women.

"You cannot convince me that this country has successfully integrated our communities with that fact staring at us in the face."

A recent opinion poll revealed more than four in ten British Muslims want to see at least some aspects of Sharia Law in the UK.

Forty-three per cent of followers of the religion living in the country believed that parts of the Islamic legal system should replace British law while only 22 per cent opposed the idea.

But data from the polling firm ICM in December showed very similar views to the rest of the UK population on a range of key issues including the NHS, unemployment and immigration.

It was one of the biggest surveys of opinion among Muslims ever carried out in the UK.