**_FORMER Deputy Prime Minister Michael Heseltine has put himself in charge of a Tory rebellion plot to make sure Theresa May cannot get on with Brexit negotiations unhindered._** 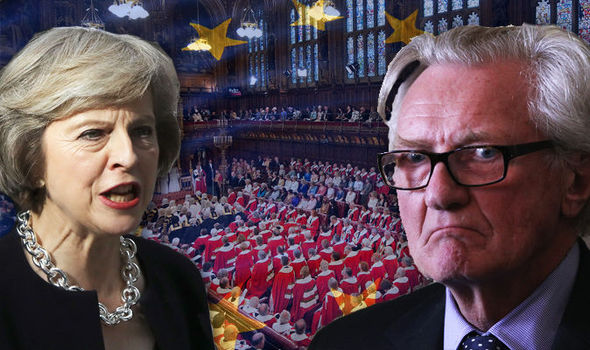 The Conservative peer said he will ignore whips’ demands to pass the Government’s Brexit Bill without change through the Lords – which would, as a result, grant Parliament the ultimate say on Brexit negotiations.

This would mean Mrs May would not be able to walk away from the negotiating table in Brussels without a deal.

The staunchly pro-European grandee claimed the decision to side with Labour and Lib Dem Lords when the Bill reaches Parliament’s upper house is not about “confrontation” with the Government.
Related articles

SNP leader branded 'completely unacceptable' over call to ditch...
‘We are missing out badly on a big and new emerging world’ says Farage 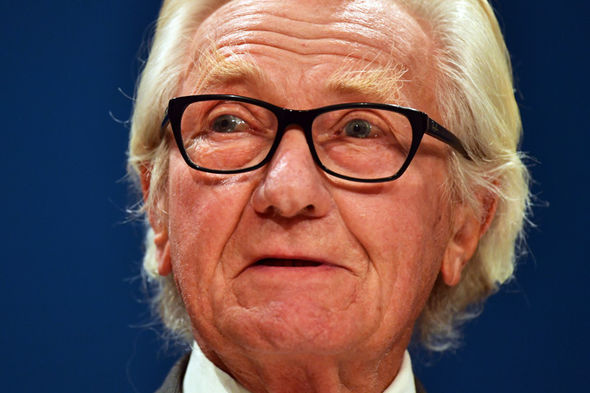 Heseltine2GETTY
Lord Heseltine is a staunch pro-European and ardent Remainer

He claimed instead that the move aims to uphold the Supreme Court’s January ruling that MPs and Lords have the ultimate authority over triggering Article 50 – the formal process of leaving the European Union.

Lord Heseltine wrote in the Mail on Sunday: "In the end the outcome of Brexit will have to be confirmed by Parliament.

"It will also have to pass in 27 national European parliaments, several sub-national parliaments and the European Parliament.

"It was perhaps unwise for our Government to suppose that our Parliament should be excluded where all others were included.

"Very sensibly, after the Supreme Court interpreted the law, that position was reversed and Parliament was restored to its rightful constitutional role as the ultimate authority.
Brexit: Which parts of the UK had the majority vote?

Fri, February 17, 2017
Much of the North East of the United Kingdom voted to leave the European Union including Sunderland, Gateshead, Darlington, Durham, Hartlepool, Middlesbrough, Stockton, Redcar and Cleveland, North Tyneside and South Tyneside, and Northumberland. Newcastle was the only borough to vote to remain.

GREAT YARMOUTH: The town of Great Yarmouth on the East Coast of England voted by 72% to leave the European Union.

"I will vote in the House of Lords to ensure that position is legally intact.

"This is not a confrontation with the Government which has already made such a commitment. 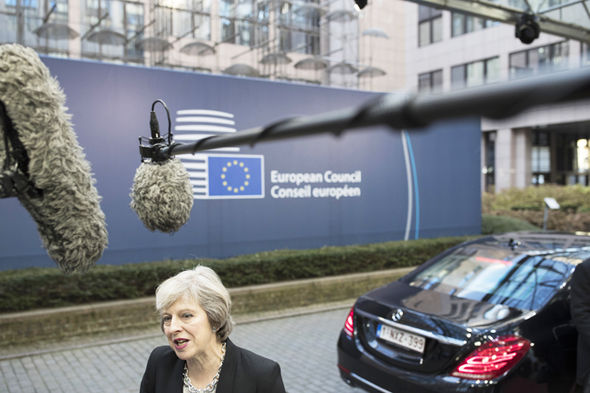 "It is, put simply, a decision to ensure that the Commons has the chance to define its role in the exercise of its authority over what most people regard as the defining issue of our time."

Senior Ministers responded angrily to the move, branding Lord Heseltine and his supporters “bad losers who are trying to wreck Brexit”.

Up to 20 other rebel Tories are believed to be joining Lord Heseltine's rebellion, along with Labour and Lib Dem peers.

The bid to derail Britain’s split with Brussels comes as peers also look to force Mrs May to guarantee the rights of EU nationals to remain in Britain after Brexit – before talks even begin.