To those still unhappy with the new President elected by the people. Trump was the ONLY chance to send a powerful message to the Bilderberg Group, the ´global elite´and their Illuminati masters.

It is now ´PAY BACK TIME´ for the global elite who has funded and instigated the human catastrophe of the European immigration wave.

People like Peter Sutherland,made a special refugee representative for BOTH the UN and The Vatican,what an irony, doing his utmost to convince Europe to forget their national adherence,their culture and democracy in favor of millions of would-be immigrants from an incompatible culture and religion forming a future basis for their planned NWO. 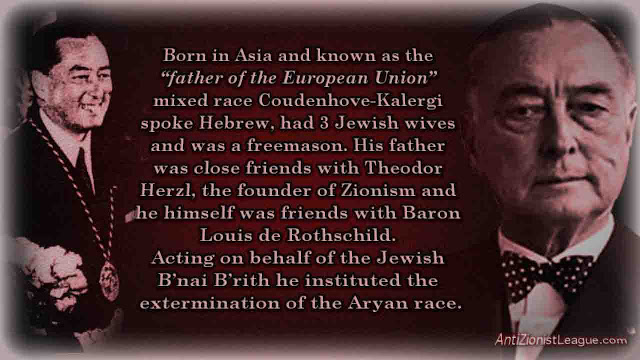 Coudenhove-Kalergi in his book,describing the make-up of this NWO explains the result as a mixture of Arab/African ethnicity similar to the slaves who built the pyramids for the Pharo´s. Chasing Arabs from the Middle East and Negroes from Africa into a Europe with a dwindling population of it´s own,conforms exactly to his ideas of ´PRAKTIKAL IDEALISMUS´.

This article is for our German friends, whose beautiful country, culture and ethnicity are being destroyed right now by a vicious conspiracy most Germans are pitifully unaware of.

Illegal Muslim refugee trafficking is now creating chaos at the Greece-Macedonia border and the constant flood of boats arriving from Libya reveal a network that uses structured routes that seem unstoppable as they generate money for the mafia and the terrorist organizations involved like ISIS.

This scenario seems to fit perfectly with a secret plan of the New World Order known as theCoudenhove-Kalergi Plan that some people in European right-wing circles say was created for the systematic genocide of the people of Europe.

This plan was apparently devised by an Austrian diplomat and Freemason named RichardCoudenhove-Kalergi (1894-1972). The Kalergi family roots can be traced back to Byzantine royalty via Venetian aristocracy. Coudenhove-Kalergi was actually the first proponent of a unified Europe back in the 1920s and for this reason Coudenhove-Kalergi is recognized as the founder of the first popular movement for a United Europe.

The Coudenhove-Kalergi European Prize is awarded every two years to European leaders who have excelled in promoting what is beyond any political or religious ideology. Angela Merkel and Herman Van Rompuy, two of the top pawns in the Bilderberg Club, have received this award in recent years.

Coudenhove-Kalergi’s father, initially an anti-semite, later became a close friend of Theodor Herzl, the founder of Zionism, but his son, Richard Coudenhove-Kalergi, also has strong connections with the Catholic elite due to his aristocratic status.

In 1922, he co-founded the Pan-European Union (PEU) with Archduke Otto von Habsburg, a staunch Catholic who was the head of the Habsburg dynasty and former Crown Prince of Austria-Hungary. He became involved with the Pan-European Union after becoming Grand Master and Sovereign of the highly influential Order of the Golden Fleece in 1922. Otto became International President of the PEU in 1973, after Coudenhove’s death.

According to Coudenhove-Kalergi’s autobiography, at the beginning of 1924 through Baron Louis de Rothschild he was in contact with Max Warburg, who offered to finance his movement for the next 3 years giving him 60,000 gold marks.

The Coudenhove-Kalergi Plan becomes evident in 1925 when he writes in Practical Idealism
(Praktischer Idealismus): “The man of the future will be of mixed race. Today’s races and
classes will gradually disappear owing to the vanishing of space, time, and prejudice. The Eurasian-Negroid race of the future, similar in its appearance to the Ancient Egyptians, will replace the diversity of peoples with a diversity of individuals.”

This book is very hard to get a hold of today. In Germany the book is practically censored, although it isn’t present on the official list of books censored by the German government. In 1990, the publishing company, “Independent News,” [Unabhängige Nachrichten], published a summary of the book and contemplated printing it in it’s entirety, but the government initiated a police search of the premises and the only copy of Praktischer Idealismus was confiscated. The book is not mentioned on the official internet pages of the Pan-European Movement, which is understandable because its content is directly in opposition to the movement’s official program.

Coudenhove-Kalergi suggested Beethoven’s hymn as the EU’s national anthem and was very active in connection with the design of the EU logo which contains masonic symbols. He was initiated in Freemasonry in the Humanitas Lodge in Vienna in the early 1920’s but left in 1926 to avoid the heavy criticism which occurred as a result of the relationship between the Pan-European movement and Freemasonry. Some say later, in 1947, he founded the powerful Ur-Lodge Pan-Europa that is still active to this day and draws members from the political and economic elite.

Coudenhove-Kalergi’s ground work prepared the EU for what many Christian’s familiar with the prophecies of “The Book of Revelation” perceive as “The New Holy Roman Empire.”

The socialist elite of Europe born out of Coudenhove-Kalergi’s plan have created a United Europe backed by the Vatican under a centralized government, a system that actually will be the prototype for the US and the rest of the world when the New World Order is finalized.

In the meantime, tensions rise as the Muslim population is being pushed like never before towards Europe to fulfill “The Kalergi Plan.” This will create civil unrest and wars in most areas of southern Europe almost certainly by the 2020’s facilitating population reduction.

The US,under the influence of Illuminati have caused the wars in the Middle East,as well as the creation of the brutal ISIL terror organization to SCARE and CHASE the people into Europe, thousands drowning on their way across the Mediterranean. 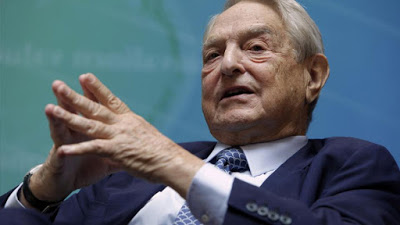 Represented by the evil billionaire George Soros,Illuminati used the Soros Foundation to set up organizations in Africa and the Middle-East to cajole and tempt ANY African desirous of bettering his existence to leave his family and country in pursuit of false promises of riches in Europe.

Soros even had special little booklets and fliers printed in Arabic with instructions on how to travel,who to contact,what to avoid etc. Including the thousands who either died at the hands of unscrupulous human-smugglers or drowned in unsuitable crafts on their way across the Mediterranean, multiple thousands followed across the borders and into a defenseless Europe,unable to cope with the vast numbers. 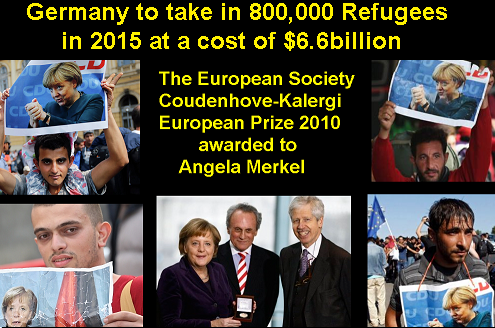 Then we have the arch-enemy of them all,Illuminati puppet, Angela Merkel, who opened ALL doors to ALL comers on behalf of Europe,before even consulting with other member states. Did you know she even received the Coudenhove-Kalergi Price for human integration?

There are many many other culprits from the ´global elite´ who shares the guilt and should also be made to pay for this human catastrophe with thousands of lives lost,and more to come during the uprisings and violence still to come,not to mention those who will succumb to the coming EXTREME winter weather in Europe without adequate shelter.

All this suffering of human kind is described in detail in Coudenhove´s book and dogma from the 20´s,which,not unexpectedly is now BANNED in Germany.

So,I think we should concentrate on HOW we are going to make these villains PAY FOR THEIR SINS. 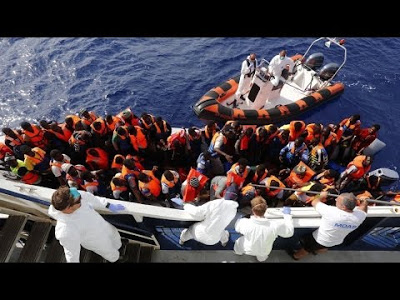 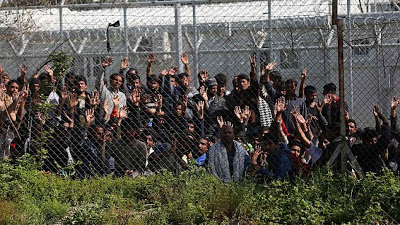 Firstly, ALL African immigrants and others roaming from their country without just grounds,such as danger to their lives, should soonest possible be transported back to their countries,given a sum of money as compensation,and to recover in their own country.

All immigrants deemed to have justification,should be given a temporary stay, and to be returned to their countries of origin as soon as it is considered ´safe enough´.

The cost of all the above,plus all cost incurred by Europe to accommodate the immigrants should be ENFORCED from the illegally gained fortunes of the above mentioned associates and anyone else belonging to the Bilderberg, The Club of 300 and Illuminati.

ANY participants of these crimes against humanity should be taken to court and judged.

As for trade agreements like TTP etc. Trump is totally against them and will have them removed. I am sure Trump would not disagree with me.